Central Sound at Arizona PBS is the central hub for notable music events in Arizona. 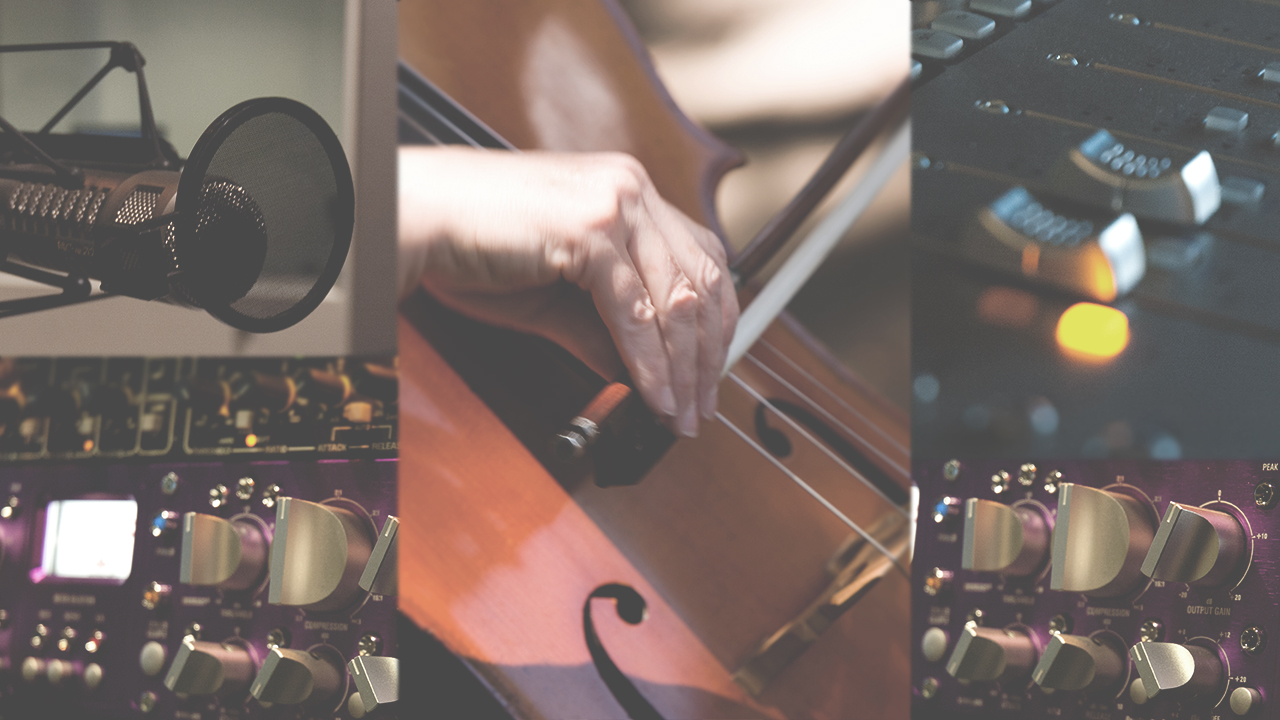 Central Sound at Arizona PBS is dedicated to capturing classical and acoustic music performances of the highest professional caliber, taking special care to preserve the authenticity of the experience. As an award-winning premier provider of audio-media services, Central Sound is committed to serving as a central hub for notable musical events in the community, bringing concerts of internationally acclaimed artists, performances by leading ASU faculty and the next generation of young musicians to thousands of listeners. Striving for that quintessential sound, we produce numerous programs for local and national broadcast, including the airwaves of KBAQ-FM, KNAU-FM, Classical Arizona PBS, as well as exceptional television audio, featured on Arizona PBS and beyond.

The free mobile app, Classical Arizona PBS, provides an innovative way to stay in touch with the classical music scene and enjoy an abundance of premier classical recordings anytime.

A published audio engineer, digital media producer and manager, Alex Kosiorek utilizes advanced production techniques to excel in project management. His multi-faceted expertise ranges from codec implementation (including online streaming, surround sound, and live broadcasting), the direction of short and long form productions, system design, production of multimedia applications, assurance of copyright compliance, as well as a conservatory-trained musician. Alex received degrees in music and audio recording from the Cleveland Institute of Music and Case Western Reserve University, in addition to continued graduate education in intellectual property and business from the University of Miami-Florida and Bowling Green State University to ensure compliance with legislation.

With many years of experience combined with a gaze toward the future, Alex remains at the forefront of the industry. His ground-breaking accomplishments include production of one of the first high-quality Internet streams (which received world-wide recognition), significant contribution to the creation of the first US radio station to commence 5.1 surround sound programming, and leadership of the first design team to complete the THX PM3 Certified Studio in a music conservatory worldwide.

Recognized throughout the professional community, Alex previously contributed to trade publications and developed presentations for Radio Magazine, the Audio Engineering Society, National Association of Broadcasters, and Technology for Music Education. Early highlights of Alex’s career include engineering for the former Radio Smithsonian and post producing the programs ‘Folkmasters’ and ‘Jazz Smithsonian.’ He began producing audio for broadcast for the 1996 Atlanta Summer Olympics. Other notable achievements include serving as senior engineer for the Cincinnati Symphony Orchestra, May Festival Chorus, New World Symphony, Cincinnati Opera and others. His production repertoire includes several commercial recordings for ensembles such as aforementioned in addition to the Cincinnati Ballet Orchestra, Vocal Arts Ensemble and many individual artists/groups of various genres. Formerly the Director of Recording Services for the Cleveland institute of Music and Senior Engineer of the Aspen Music Festival, Alex has produced thousands of hours of media content (including surround sound) for broadcast and online distribution. In addition to these positions, Alex regularly contracts as a professional independent engineer and consultant, and consistently ensures the success of projects from inception to conclusion.

Jeanne Barron is an alumna of Arizona State University, where she earned concurrent Bachelor of Arts degrees in Music and in Theatre. As a sound designer for the Department of Theatre productions, she was the recipient of two AriZoni awards for best theatrical sound design. She also worked for Arizona PBS while she was a student. After graduating, Jeanne continued her association with ASU, including positions as audio engineer for the College of Education’s Technology Based Learning and Research department and as a theatre technician for Gammage Auditorium. In 2005, Jeanne returned to Arizona PBS in the Broadcast Operations department and has since joined Central Sound as the Senior Producer and Production Coordinator.  In 2017, she earned a Master of Administration degree with an emphasis in Project Management from Northern Arizona University.

Central Sound at Arizona PBS continues to appreciate the generous support received from individuals and their companies or organizations through underwriting, planned giving and individual tax-deductible gifts in any amount. We bring classical music to the community through your contributions.

Please contact us to renew and continue your support, become one of our new friends, or with questions about Central Sound at Arizona PBS.

Dolly Parton: I Will Always Love You

Celebrate the beloved singer-songwriter's career from her early days to her success as a crossover pop superstar.