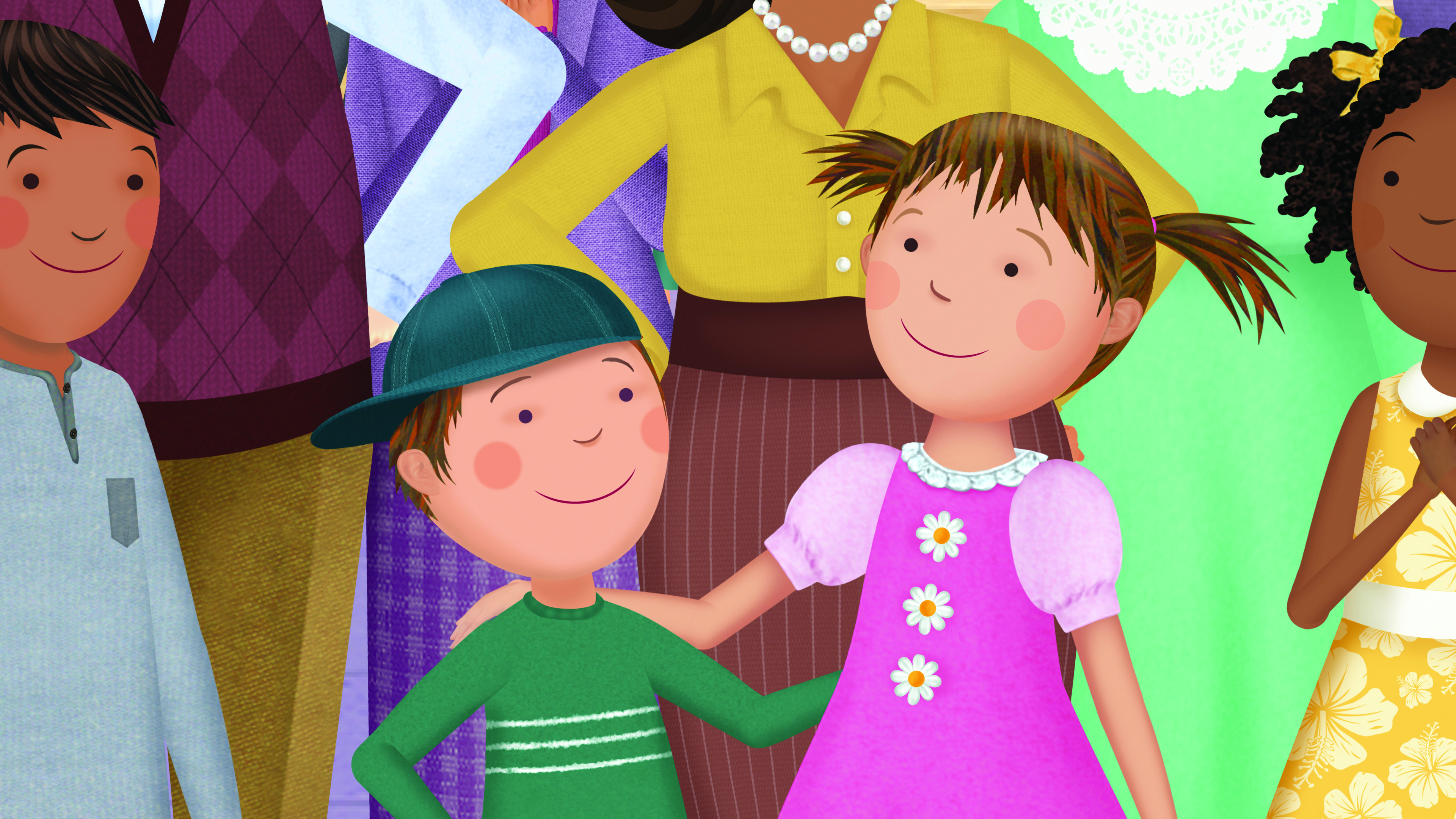 Those qualities came naturally to the show, executive producer Dorothea Gillim told Arizona PBS Magazine. “Pinkalicious is a character who sees creative possibilities everywhere. She’s a lot like what I imagine Victoria might have been like as a kid.”

Victoria, in this case, is Victoria Kann, author and illustrator of the “Pinkalicious” books on which the series is based. Today, the series has 63 titles that have sold a total of 23 million books — but it all started as an April Fool’s Day joke.

Kann was inspired by her daughter, then three years old, who had an incredible sweet tooth and loved the color pink. So Kann emailed her friends and family on April 1 with the news that her daughter had turned pink from eating too many pink cupcakes.

“April Fool’s Day is my favorite day of the year because you get to tell a lot of stories,” Kann said. “It’s like free range to make up whatever you want.” 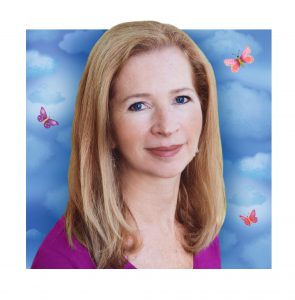 At least one friend fell for the joke, writing back to say that she had called her pediatrician to ask about the condition, which Kann called pinkatitis. “And I couldn’t say to her, this is an April Fool’s joke, because that’s my rule,” Kann said. “I can’t say it on April Fool’s Day.” But on April 2, she owned up to the truth, and her friend encouraged her to turn the tale into a children’s story.

The rest, as they say, is history. For her part, Gillim, discovered the power of “Pinkalicious” when she gave the book to her goddaughter. It was a big hit and Gillim saw there was something special about the story.

In the case of “WordGirl,” Gillim said that it taught her the value of using humor and the value of having great voice talent — both qualities that are important to “Pinkalicious & Peterrific.” 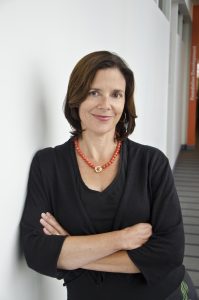 “The kids who play the characters are so incredibly phenomenal,” Kann agreed. “I’ve never heard a cartoon where the kids bring so much to it and have so much fun. They’re so exuberant and so enthusiastic.”

Gillim and Kann worked closely to adapt the series for PBS, building out the world and the characters in order to sustain the 80 11-minute stories that the series needed before its premiere in February.

PBS KIDS shows are each built with a curriculum in mind. “That was fairly easy, because Pinkalicious herself is a budding artist,” Gillim said. “She is inspired by beauty and she loves imagining and creating, which is a very joyful act for her. And she likes inspiring others to do so too. Just based on the books, we knew the best curriculum fit would be arts education and creativity.”

Fittingly for a show about exploring creative expression, the team put extra effort into the music and art for “Pinkalicious & Peterrific.” “When you hear the music for the show, you just want to sing along, the songs are just so memorable and hummable,” Kann said. She also praised animation studio 16 South for working hard to be very true to the look of the books. “In all of my stories I’ve incorporated textures — maps and recipes and musical notes — and they’ve done the same thing in the animation. It’s really a very unique look and they’ve done such great job with it.”

Dorothea Gillim, the show’s executive producer, believes that people are naturally hard wired to be creative. “Really our mission is just to support and encourage and inspire that, and also to expose kids to aspects of the arts that they may not have access to,” she said. “That’s what differentiates our curriculum from math or science: we’re not teaching facts, we’re really just trying to engage and expose kids to the arts.”

“If I had to come up with one phrase that really defines the show, it’s that anything is possible,” Kann said. “And that comes from the imagination and the belief that you can create anything. Whatever field people go into, it’s very important to be an innovative thinker, to be able to explore ideas and to have the ability to problem solve. All of that comes through in using imagination and creativity.”

This story was originally published in the Summer 2018 issue of Arizona PBS magazine. 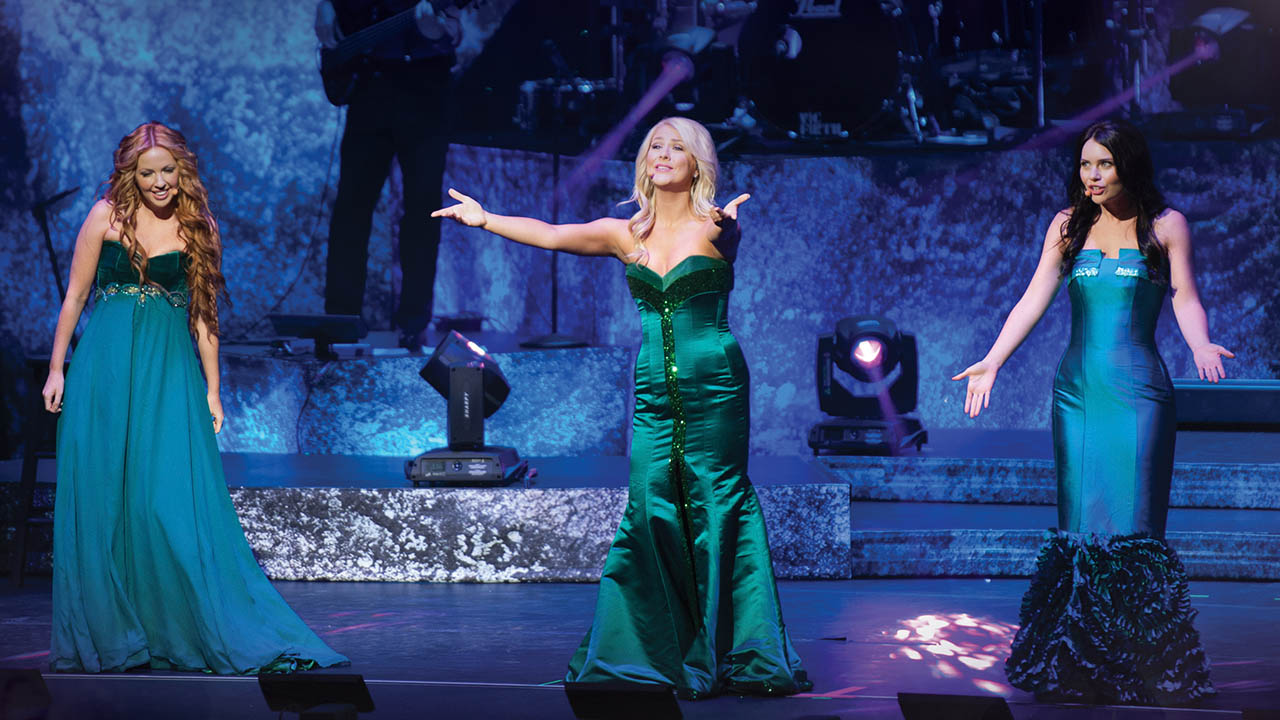 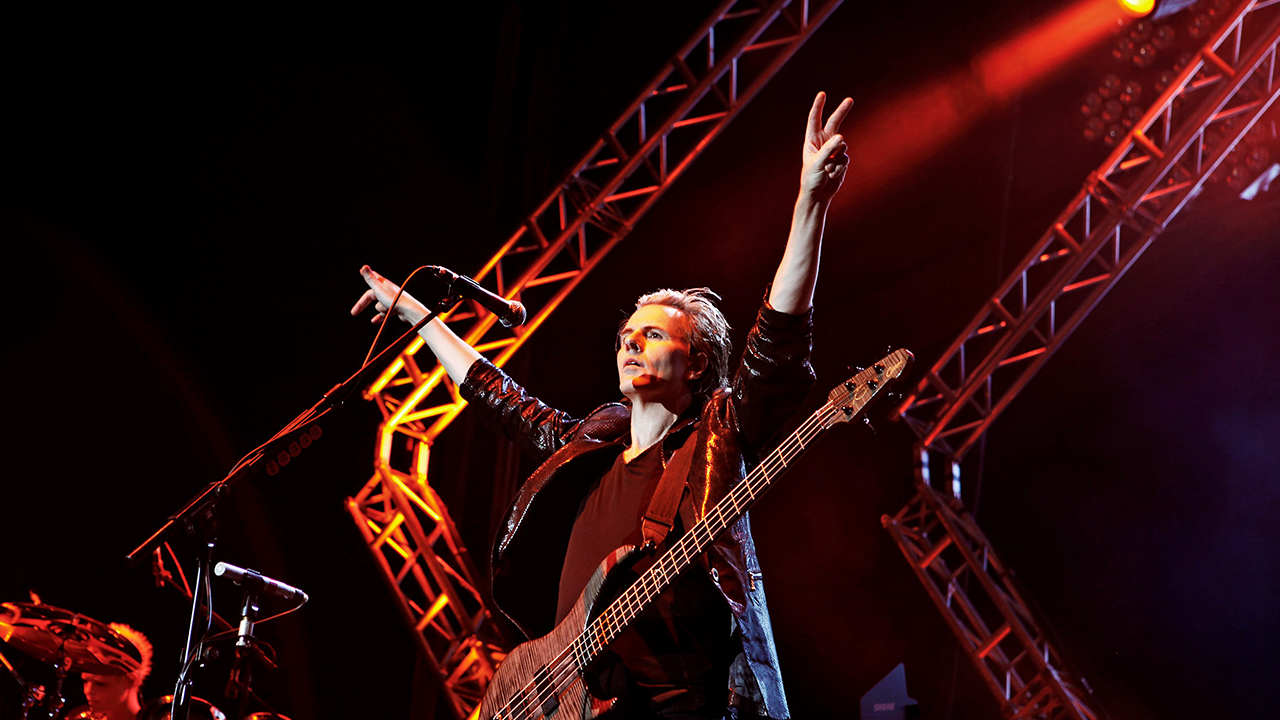 Arizona PBS is bringing you "Duran Duran: A Diamond in the Mind" on Thursday, Mar. 5 at 8:30 p.m., but you don't have to wait for Thursday to get a peek behind the scenes.