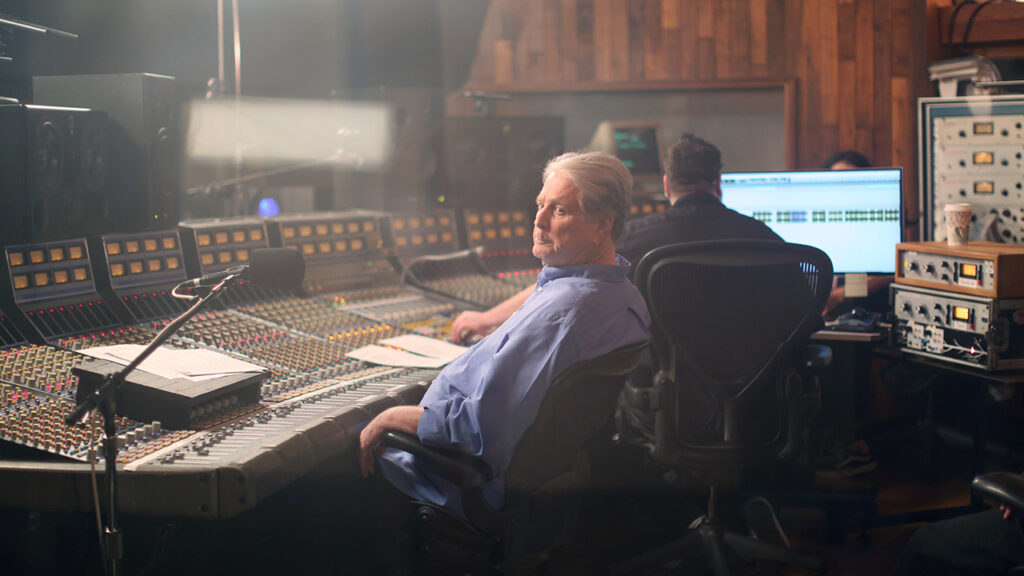 The principal originator of the “California sound,” musician, singer, songwriter, record producer and co-founder of The Beach Boys, Brian Wilson is known for his novel approach to composition and recording and is widely acknowledged as one of the most innovative and significant musicians of the 20th century. The new documentary American Masters – Brian Wilson: Long Promised Road follows Wilson on a drive through Los Angeles with his longtime friend and Rolling Stone editor Jason Fine. With Fine behind the wheel and Wilson selecting the music, they reflect on the formative and creative periods in Wilson’s life as they revisit the places that helped to shape his career.

The filmed road trip provides an intimate look into Wilson’s recollections and is bolstered by memorable concert and studio footage as well as interviews with Wilson’s admirers and those close to him, including Al Jardine (co-founder of The Beach Boys), Don Was (record executive), Bruce Springsteen (musician), Elton John (musician), Nick Jonas (musician and actor), Jim James (My Morning Jacket), Jakob Dylan (Wallflowers), Gustavo Dudamel (conductor and music director) and the late Taylor Hawkins (Foo Fighters), among others. The documentary also introduces “Right Where I Belong,” an original song written and performed by Wilson and Jim James.

Wilson’s professional career began in 1961 with the founding of the Beach Boys, serving as the band’s songwriter, producer, co-lead vocalist, bassist, keyboardist, and de facto leader. By the mid-1960s, Wilson had written or co-written more than two dozen U.S. Top 40 hits, including the number-ones “Surf City” (1963), “I Get Around” (1964), “Help Me, Rhonda” (1965), and “Good Vibrations” (1966). Wilson’s honors include induction into the Rock and Roll Hall of Fame (as a member of the Beach Boys) and the Songwriters Hall of Fame, a Kennedy Center Honor, two Grammy Awards, and the Ivor Novello Award.