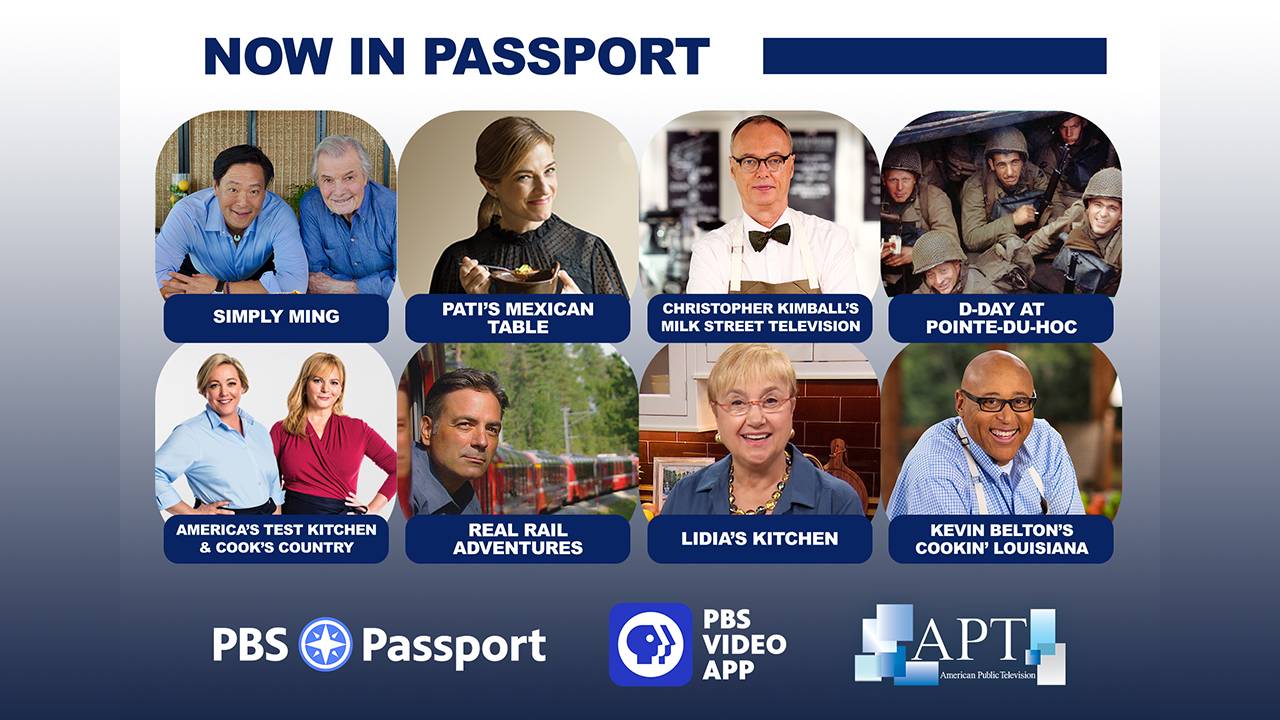 American Public Television (APT) and PBS announced that nearly 3,000 episodes of content offerings from the APT catalog will be made accessible to stream with PBS Passport on PBS.org and the free PBS Video app.

These episodes consist of stand-alone specials and seasons of longstanding series. There are planned releases of 300-500 episode collections every quarter by APT over the next 18 months. They join APT-distributed properties already available in Passport, which include Rick Steves’ Europe and The Best of the Joy of Painting with Bob Ross.

“We are pleased to partner with PBS and share the wealth of the APT catalog, presenting current favorite series and episodes that will greatly expand the current Passport offerings through early 2023, and beyond,” says Cynthia Fenneman, President and CEO of APT. “These programs demonstrate the wide range of topics and genres APT has distributed to stations since 1961. We celebrate APT’s 60th anniversary this year and contribute to the future of public media by providing enriching digital content.”

“As the digital landscape continues to evolve, PBS is committed to providing a best-in-class user experience to our viewers through the expansion of both our content offerings and available platforms,” said PBS Chief Digital and Marketing Officer Ira Rubenstein. “Through our partnership with APT, PBS platforms will have an additional 3,000 locally and nationally distributed titles available in PBS Passport, allowing us to provide audiences with greater access to quality programming that is produced or distributed by our member stations and independent producers.”

Joe Papp, founder of Free Shakespeare in the Park, created a "theater of inclusion" based on the belief that great art is for everyone.