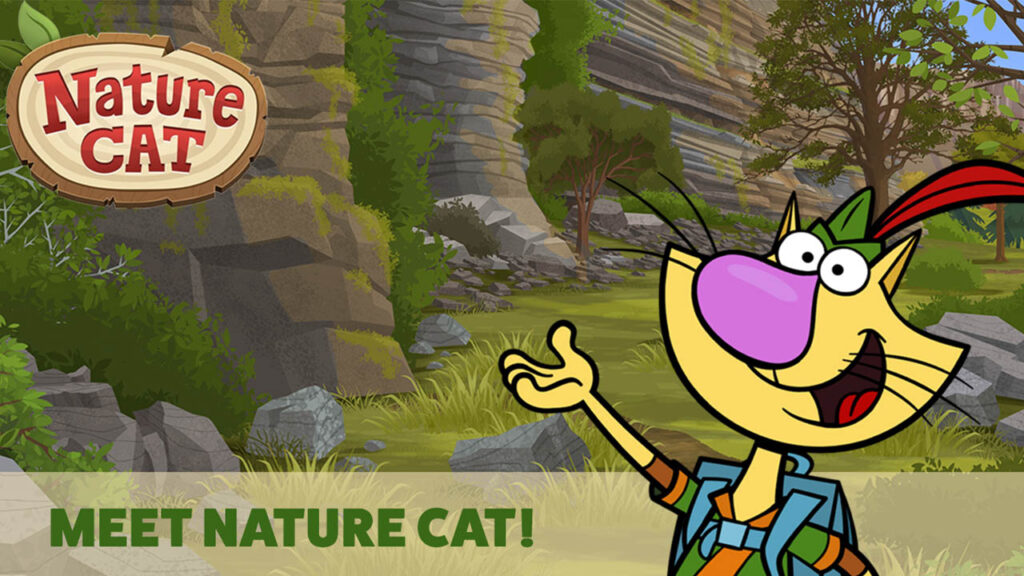 Arizona PBS is partnering with “Nature Cat,” a PBS KIDS program, to bring nature- and STEM-focused, curriculum-based media to kids in the Grand Canyon Village community on September 22 – 23.  Achieved in collaboration with Grand Canyon Schools, Grand Canyon National Park and the Delta Dental of Arizona Foundation, this two-day event is part of the 2022 “Nature Cat” Road Trip, presented by Chicago PBS station WTTW and Spiffy Pictures.

Taking place from 2:30 – 5 p.m., the September 22 event will serve the Grand Canyon School District, taking place at the SRC Rec Center, located at 1 Mohave St. in Grand Canyon, Arizona. The September 23 event, which is open to the public, will take place from 11 a.m. – 3 p.m. at the Grand Canyon Village Visitor Center. Both events will feature a costumed character appearance and “Nature Cat” activity stations, featuring Animal Teeth Hopscotch, crafts and a book giveaway. In addition to these two Arizona events, the road trip will also be visiting four other states across the U.S.

In addition to being a 2022 “Nature Cat” Road Trip stop, this event will also serve as a continuation of the Arizona PBS and Delta Dental of Arizona Foundation “Have a Healthy Smile” campaign, which was launched this past January. The collaborative initiative aims to boost family involvement in good oral health practices, focusing on the importance of brushing twice a day, changing toothbrushes regularly and visiting the dentist twice a year. Learn more about the “Have a Healthy Smile” campaign here.

“‘Have a Healthy Smile’ is just one of the programs in which we invest and participate in order to advance our mission of improving lives by promoting optimal oral health,” said Michael Jones, president and CEO of Delta Dental of Arizona and president of the Delta Dental of Arizona Foundation. “This educational event at the Grand Canyon South Rim allows us to extend our outreach to additional communities in need of support.”

“Nature Cat” is an animated PBS KIDS series designed to encourage children ages 3-8 to explore and develop connections with the natural world. The series follows the adventures of its title character who can’t wait to get outside for a day of nature excursions and bravery, but there’s one problem: he’s a house cat with no instincts for nature. With the help of his animal friends, Nature Cat embarks on action-packed adventures that include exciting missions full of nature investigation, “aha” discovery moments and humor, all while inspiring children to go outside and play.

“Nature Cat” airs weekdays at 6:30 a.m. on Arizona PBS and daily at noon on Arizona PBS KIDS, the station’s 24/7 kids channel. Digital resources related to the series, including games, video segments, hands-on activities and parent resources, are available at pbskids.org/naturecat.

Created by brothers David Rudman and Adam Rudman, “Nature Cat” is a co-production of Spiffy Pictures and WTTW Chicago. Major funding for the series is provided by the Corporation for Public Broadcasting (CPB).

For more information about the two-day “Nature Cat” event and all other Arizona PBS Kids events, visit https://azpbs.org/education/arizona-pbs-kids-events.

Arizona PBS is one of the nation’s leading public media organizations, with four broadcast channels and a growing array of digital platforms. A trusted community resource for 60 years, Arizona PBS fosters lifelong learning through quality programming, in-depth news coverage and critical educational outreach services. It is one of the country’s largest public television stations, reaching 80 percent of Arizona homes and 1.9 million households each week. Arizona PBS has been part of ASU since the station launched in 1961. Learn more at https://azpbs.org.

About Delta Dental of Arizona

The Corporation for Public Broadcasting (CPB), a private, nonprofit corporation created by Congress in 1967, is the steward of the federal government’s investment in public broadcasting. It helps support the operations of more than 1,400 locally-owned and operated public television and radio stations nationwide, and is the largest single source of funding for research, technology and program development for public radio, television and related online services. For more information, visit www.cpb.org.