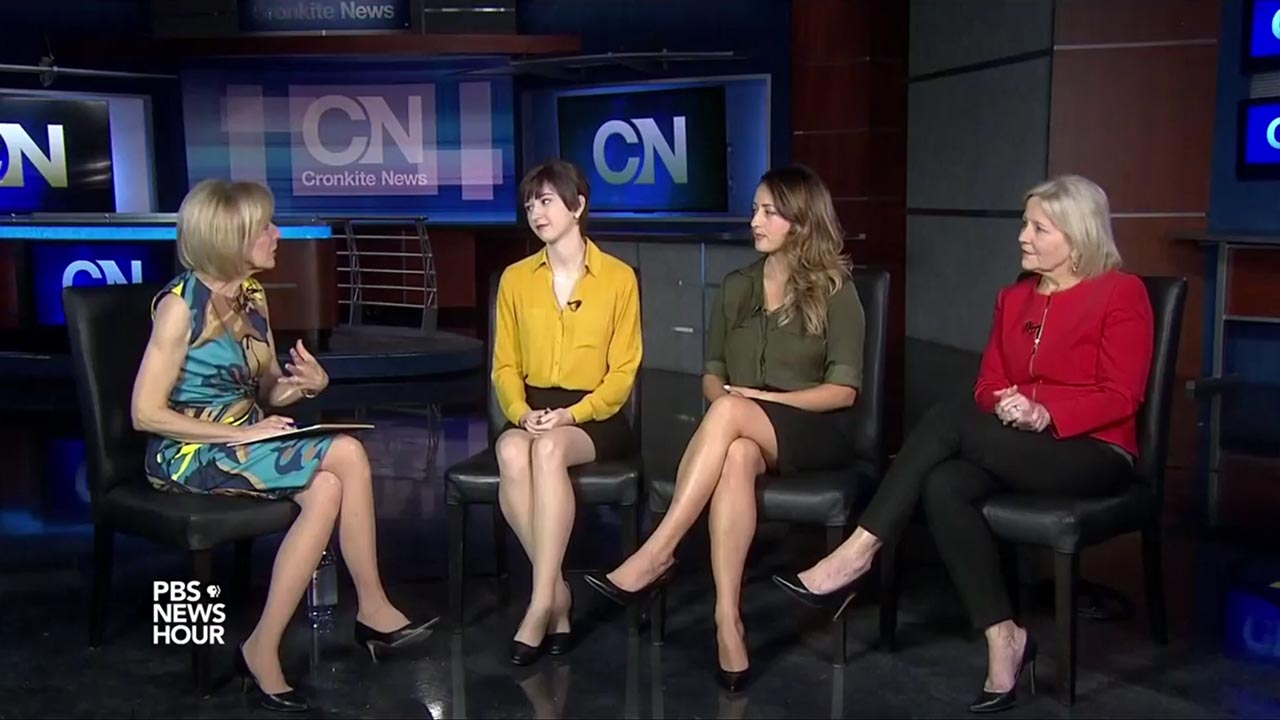 Students from ASU’s Walter Cronkite School of Journalism and Mass Communication, through Cronkite News and Arizona PBS, regularly contribute content to the national PBS NewsHour. Writing scripts and editing video for these pieces allows students a chance to work with NewsHour editors and see how a national organization operates. Opportunities to work on national stories are increasing as PBS NewsHour opens a West Coast bureau at the Cronkite School in fall 2019.

Below is a collection of the stories Cronkite students have contributed to date:

Why U.S. pedestrian deaths are at their highest level in almost 30 years
A team of student reporters from the Howard Center for Investigative Journalism at Arizona State University explores a national trend of increasing pedestrian deaths.

This ‘Dreamer’ and undefeated boxer finds peace in the ring in the face of uncertainty
Tyler Paley reports on DACA recipient Alexis Zazueta, for whom the sport of boxing has been a calming force amid the uncertainty of his future. The undefeated professional boxer was brought to Arizona at the age of one by his parents and found his passion for boxing in middle school.

Cactus thieves and fossil robbers are taking treasures from the national parks
Tyler Fingert reports from Saguaro National Park, where the namesake cactus is the main attraction for both hikers and thieves. Fingert reports on how the problem is plaguing parks across the country, and depriving the public of its national treasures.

National Parks work to welcome more diverse Americans
Tyler Fingert reports that the incredible views in America’s national parks are seen largely by a specific demographic. Visitors are overwhelmingly white, with just 10 percent being Hispanic and 7 percent African-American. Fingert reports on efforts to increase diversity among visitors as well as staff, and whether an admission price increase will keep people away.

How a four-legged mowing system keeps solar farms producing energy
Amanda Mason explores the challenges of controlling vegetation growth on solar farms – essential for ensuring a consistent, stable power source, but a laborious and time-consuming task. While some facilities use traditional or automated lawn mowers, others are taking a four-legged approach.

In Arizona, more Navajo take to the dirt for ‘Rez golf’
Jake Trybulski and Drake Dunaway report from northeast Arizona, where much of the land of the Navajo Nation is dry, rocky and dotted with dense sagebrush. Yet a growing number of Navajo are taking to the desert with clubs, balls and tees. Called “Rez golf,” the pursuit is both a competitive sport and a family pastime.

For these homeless individuals, comfort comes with a collar
Samie Gebers reports that an estimated 5 to 10 percent of the million homeless individuals across the U.S. have pets. For the first time, an Arizona survey of local homeless populations has begun to gather information about these animal companions as well as their humans. Gebers reports on the bond connecting person and pet when all they have is each other.

Why current U.S. immigration challenge reflects ‘complete political failure’
Federal immigration officials in El Paso say they’re overwhelmed by a massive influx of families seeking asylum. U.S. Customs and Border Protection has responded to the surge by moving personnel in from other areas, but that could exacerbate the problem by further slowing processing of asylum requests. PBS NewsHour’s Amna Nawaz begins our coverage, with reporting and production help from the Cronkite News Center at Arizona PBS.

Worried about your water? Documentary shares stories of communities taking action
The Flint, Michigan, lead contamination disaster in 2015 raised awareness about the dangers of unsafe water. A 2017 documentary, “Troubled Water,” created by journalism students at Arizona State University, explores how communities around the nation are affected, and how grassroots efforts are fighting back to bring clean water to families. Judy Woodruff reports. 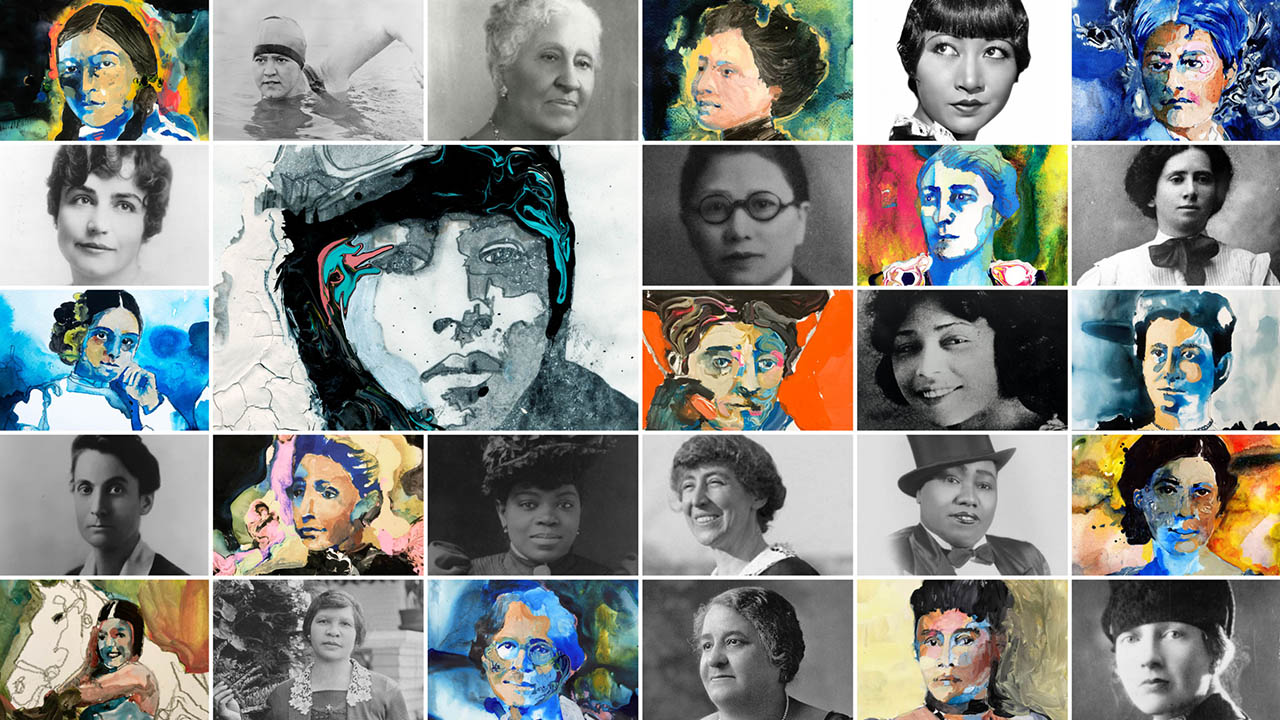 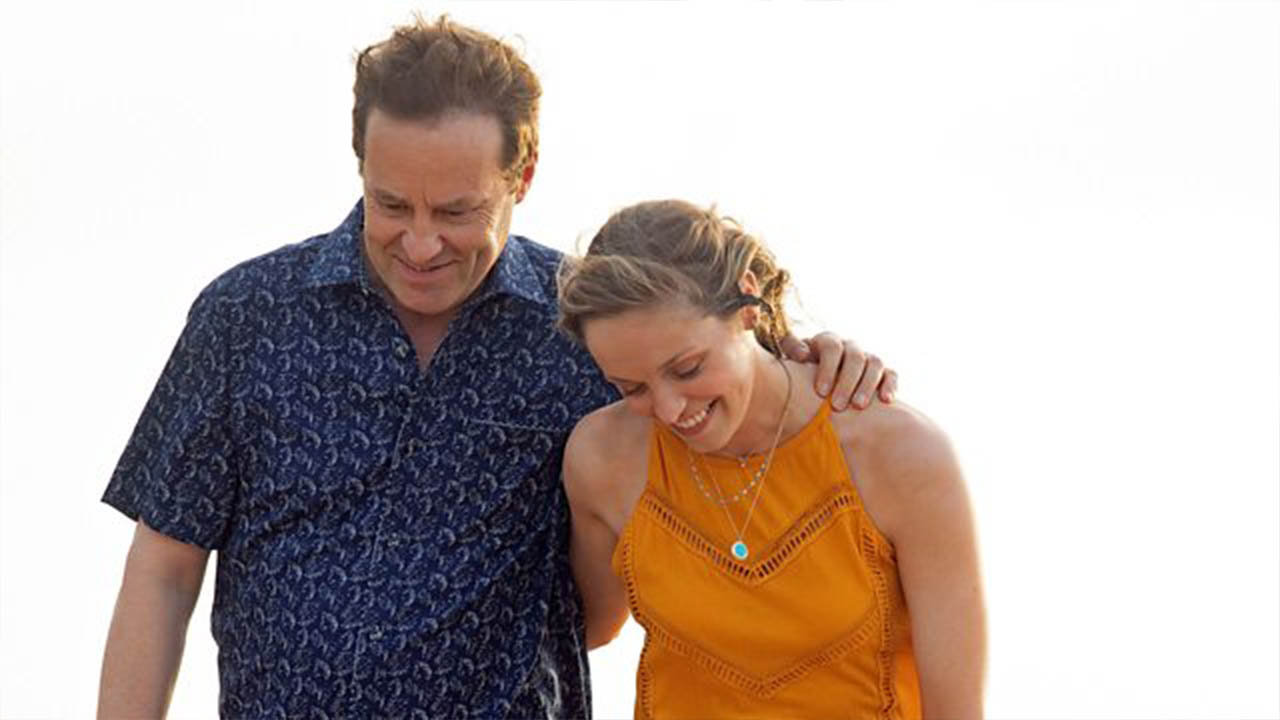