Arizona PBS will broadcast two new specials focused on race in America following the murder of George Floyd on May 25, 2020, and the ensuing protests that erupted across the country. In addition, PBS will curate a playlist of programs that explore the impact of racism on Black Americans and the country as a whole. The list includes films focused on African American history by Dr. Henry Louis Gates, Jr. and Stanley Nelson as well as programs from other iconic PBS series.

Arizona Horizon Town Hall
7:30 p.m. Watch online.
In light of events in Phoenix and across the country, Vanessa Ruiz, director of diversity for the Walter Cronkite School of Journalism and Mass Communication at ASU, will moderate a discussion with community leaders about the current unrest, and how we can come together to find common ground and heal. Our guests will be Dr. Debora Colbert, interim executive director of the Black Mothers Forum, Roy Tatem, Jr., president of East Valley NAACP, and Lola N’sangou, executive director of Mass Liberation Arizona. Find more information about the Town Hall series here.

Race Matters: America in Crisis: A PBS NewsHour Special
8 p.m. Watch online.
The one-hour program will be anchored by managing editor Judy Woodruff with contributions from senior national correspondent Amna Nawaz, correspondent Yamiche Alcindor and special correspondent Charlayne Hunter-Gault. The program will also include grassroots voices from around the country and roundtable conversations with thought leaders and other newsmakers.

“Race Matters: America in Crisis: A PBS NewsHour Special” will focus on the frustration pouring out onto American streets, outrace about police brutality, and America’s deep systematic racial disparities in the economy, education, criminal justice system and health care, especially during the COVID-19 pandemic.

Independent Lens “The Black Panthers: Vanguard of the Revolution”
7 p.m. Watch online.
This riveting look at an earlier era of conflict shows how the Black Panthers provided community services while advocating for more radical national change. An award-winning film from Stanley Nelson.

Independent Lens “I Am Not Your Negro”
9 p.m. Watch online.
Watch a film that envisions the book James Baldwin never finished, a revolutionary and personal account of the lives and successive assassinations of three of his close friends: Medgar Evers, Malcolm X and Martin Luther King, Jr.

America in Black and Blue 2020
8 p.m. Watch online.
“America in Black and Blue 2020” will report from across the country, and include interviews with key leaders and participants in the struggle for racial justice, accountability and equity, as well as voices from law enforcement. As the latest crisis of police violence on black citizens — and outraged protests and ensuing violence — engulf the nation, this PBS special will bring context and insight. It will update reporting from the original “America in Black and Blue,” which first aired in 2016, as well as “The Talk: Race in America.” Correspondents will report from Minneapolis, Georgia, New York and elsewhere, and interviews from “PBS NewsHour Weekend,” “Amanpour and Company,” and other PBS national and local programming will be included.

Independent Lens “Cooked: Survival by Zip Code”
9 p.m.
Learn the story of a heat wave that overtook Chicago in July 1995, killing 739 residents, most of them poor, elderly and African American. The heat wave revealed a long-term crisis of poverty, racism, and economic and social isolation in the city.

In addition to the broadcasts, films from Henry Louis Gates, Jr. and Stanley Nelson will be included as part of a special curated collection streaming free on PBS.org. The filmmakers will offer their insights into the events currently gripping the country and historical origins for greater context.  The programs below will also be included as part of the collection, with titles provided in association with Black Public Media.

Reconstruction: America After the Civil War
This four-part series from Dr. Henry Louis Gates, Jr. explores the transformative years when the nation struggled to rebuild itself in the face of profound loss and African Americans forged a new, more equal place in American social and political life, only to face the backlash of segregation and institutionalized disempowerment whose legacy persists today. Watch online.

Black America Since MLK: And Still I Rise
Dr. Henry Louis Gates, Jr. provides a detailed exploration of how the civil rights movement impacted the country, including successes and failures related to political and economic equality. Watch online.

Maya Angelou: And Still I Rise
Distinctly referred to as “a redwood tree, with deep roots in American culture,” Dr. Maya Angelou led a prolific life. She inspired generations with lyrical modern African-American thought that pushed boundaries. Best known for her autobiography, I Know Why the Caged Bird Sings, she gave people the freedom to think about their history in a way they never had before. Watch online.

The Talk: Race in America
This two-hour documentary explores about the increasingly necessary conversation taking place in homes and communities across the country between parents of color and their children, especially sons, about how to behave if they are ever stopped by the police. Watch online.

Independent Lens “Always in Season”
A grieving mother embarks on a quest for racial justice after her teenage son’s suspicious death. Watch via Passport.

“John Lewis – Get in the Way”
Follow the courageous journey of John Lewis, from his youth in the segregated South, through his leadership within the Civil Rights movement, to his current role as a powerful voice in Congress. Watch via Passport.

Independent Lens “Winnie”
Winnie paints a complex portrait of Winnie Mandela: the woman, the paradox, both exalted and villainized in the eyes of history. Watch online.

Independent Lens “Tell Them We Are Rising”
Though much of its history was eclipsed by the explosiveness of the 1960s, the essential role the nation’s historically black colleges and universities (HBCUs) played in shaping black life, creating a black middle class and dismantling segregation cannot be overstated. Watch online.

Independent Lens “Rat Film”
Across walls, fences and alleys, rats not only expose our boundaries of separation but make homes in them. “Rat Film” is a feature-length documentary that uses the rat – as well as the humans that love them, live with them, and kill them – to explore the history of Baltimore. “There’s never been a rat problem in Baltimore, it’s always been a people problem.” Watch online.

“The African Americans: Many Rivers to Cross
This series chronicles the full sweep of African American history, from the origins of slavery on the African continent right up to today when America remains a country deeply divided by race. Watch online.

Frontline “Policing the Police”
The documentary examines the difficulties of fixing a broken relationship with the community after decades of mutual mistrust – from riding along with officers as they conduce “field inquiries” (a practice that was the focus of much of the DOJ’s investigation), to talking with community members themselves, to showing tense internal meetings with top city and police officials. Watch online.

In the spirit of providing resources and information on topics exploring race in America, PBS Digital Studios will curate a themed playlist featuring wide-ranging content from some of its most popular series, including “Say It Loud,” “Above the Noise,” “Origin of Everything” and “Crash Course.” Programs explore “The Origin of Race in the USA,” “Should We Police Our Police,” “The Reason #BlackTwitter Exists (And Is Totally Awesome),” “What Does Resistance Look Like” and many more.

PBS LearningMedia offers materials here to help educators talk with students about race in America and current events, including classroom-ready resources for a variety of grade levels aligned to state and national standards. 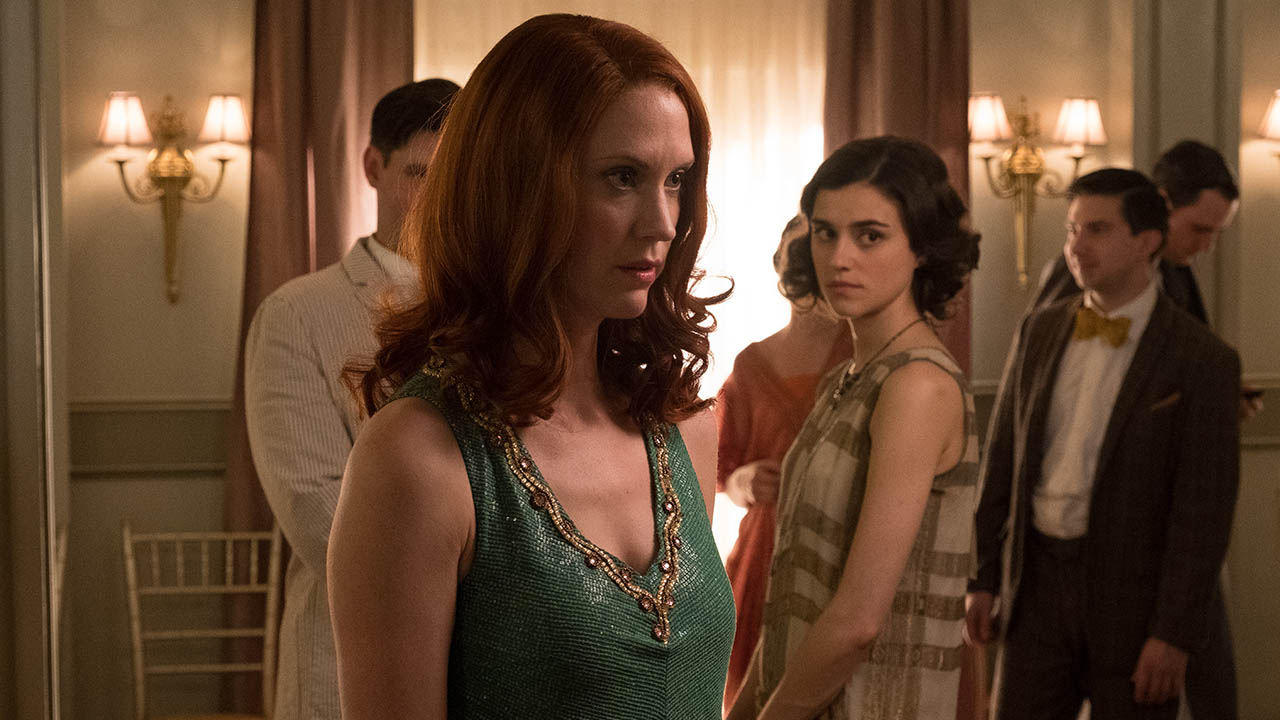