Ronald Reagan was America’s most ideological president in his rhetoric, yet pragmatic in his actions. He believed in balanced budgets, but never submitted one; hated nuclear weapons, but built them by the thousands; preached family values, but presided over a dysfunctional family. His vision of America divided the nation, yet no matter what people thought of him politically, Reagan always won them over personally. “American Experience: Reagan” airs on Arizona PBS Tuesdays August 4 and 11 at 7 p.m.

Part one follows Reagan from his youth in the American heartland to the triumph of his “revolution” in 1981. The program traces the origins of Reagan’s difficulty forming attachments to his itinerant childhood and a painful episode with his drunken father, which led the young boy to turn to his mother and the teachings of her fundamentalist church, The Disciples of Christ, which gave him a belief in predestination and a strong sense of good and evil. After the family settled in Dixon, Illinois, Reagan spent his summers working as a lifeguard on the Rock River and was credited with saving 77 people from drowning.

Part two focuses on Reagan’s battle with the Soviet Union and his resolve to end the Cold War, which the program sees as his principal legacy. Reagan’s hatred of Soviet communism was dubbed “the only negative emotion he had in his life” and Reagan believed that, with the pressure of a defense buildup, he could “bring this hostile totalitarian system to its knees.” The program identifies two turning points in the Cold War: Reagan’s bold deployment of intermediate-range missiles in Europe, and a hastily called summit with rival Mikhail Gorbachev in Reykjavik, Iceland, in 1986, considered a failure at the time.

Tune in for an 'Odd Squad' mini-marathon
Examine U.S. diplomacy at the end of the Cold War 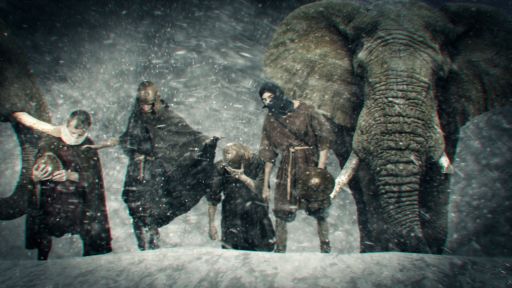