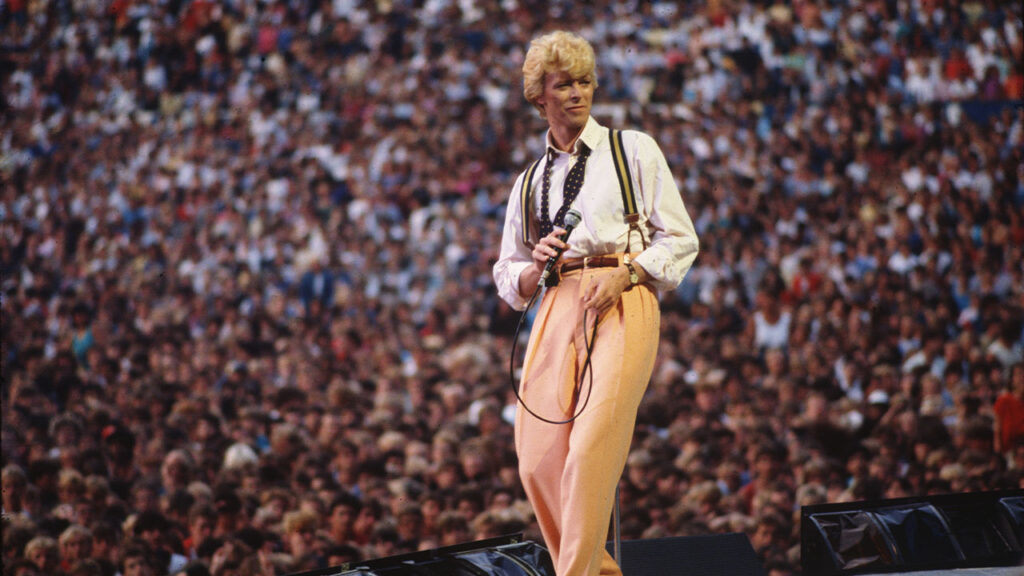 In 1983, David Bowie embarked on The Serious Moonlight Tour, a worldwide concert tour to support the release of his new album, Let’s Dance. The tour opened in Brussels, Belgium, in May and ended in Hong Kong in December, selling over 2.6 million tickets for 96 performances in 15 countries. At the time it was Bowie’s longest, largest and most successful concert tour to date.

David Bowie: Serious Moonlight was recorded live in Vancouver on September 12, 1983, capturing one of Bowie’s most dramatic, charismatic and memorable performances — now in a restored, High-Definition remaster as part of the ongoing celebration of the 75th anniversary of David Bowie’s birth, Bowie 75. The concert features many of Bowie’s greatest hits, including “Let’s Dance,” “Heroes,” “Golden Years,” “Life On Mars?,” “China Girl” and “Space Oddity.”