As our nation – and the world – continue changing more and more rapidly, how can we make sure that we are changing for the better?

New America CEO Anne-Marie Slaughter (pictured) hosts “Innovating the Future” Friday nights at 7:30 p.m. on Arizona PBS to tackle these issues. The program is part of a partnership between Arizona State University and New America, a nonprofit, nonpartisan think tank, that highlights stories about blending technology and public policy to improve America’s future.

The show delves into ways that education, sports, innovations and open dialogue can be used to shape a better community, country and world. Each week, Slaughter will interview experts to learn more about complex issues and possible solutions aimed at improving America.

“America is renewing itself – creating new spaces out of old buildings in downtowns across the country, retrofitting and reinventing factories, farms, families, transportation, schools, and in the case of Arizona State University, higher education,” Slaughter said. 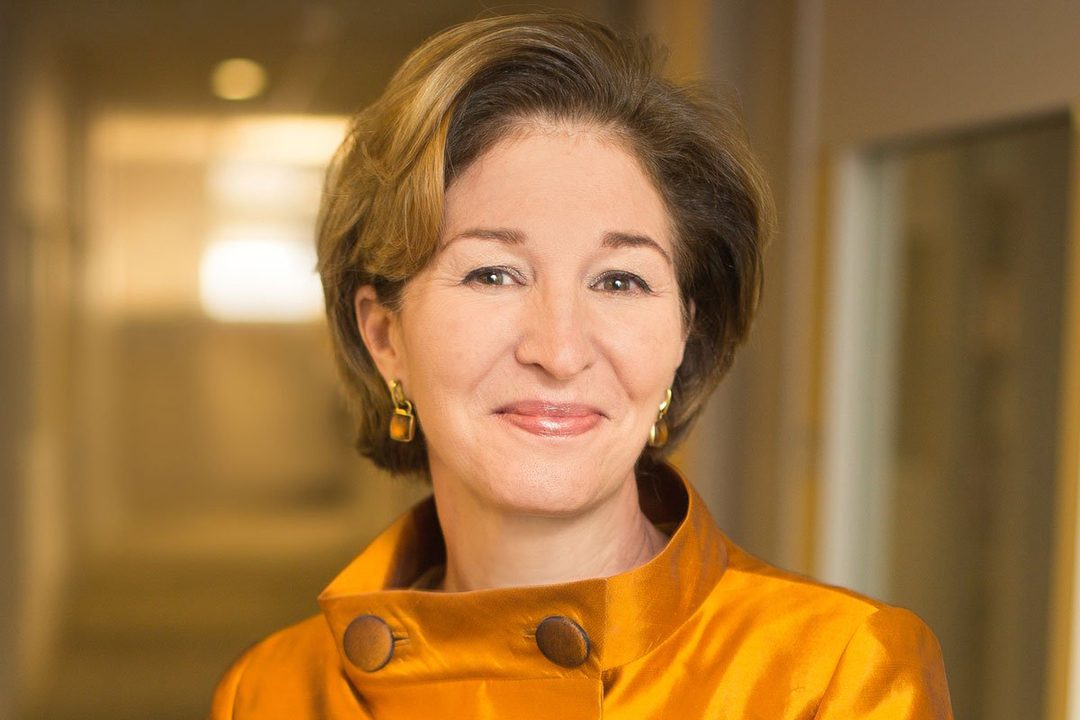 “We’re thrilled to be providing our viewers with a new kind of public affairs show that confronts the challenges and opportunities in our society head-on,” Callahan said. “We hope ‘Innovating the Future’ adds to the public discourse in finding solutions to some of our country’s most critical issues.”

Atlantic correspondent James Fallows and his wife, Deborah, discuss their new book, “Our Towns.” The book serves as an inspiration for the show, shining a light on the Americans working to rebuild their communities. As Jim is a trained pilot, the two took a small plane to small towns across the country. They’ll share stories of local leaders solving problems. Education leaders in a town in Georgia, for instance, helped establish a new kind of curriculum at their high school to ensure that more students learn a useful trade by the they leave — part of a career and technical education revolution across the country. Or how the residents of a town in West Virginia banded together to save the local library. Watch online.

Retired Army Gen. Stanley McChrystal talks about leadership. McChrystal, who led U.S. Special Operations in Iraq and Afghanistan, wrote a book, “Leaders: Myth and Reality,” in which he pairs historical leaders to show a specific situation around the leader is often as important as the individual themselves. The two discuss McChrystal’s changed understanding of the leadership of Confederate commander Robert E. Lee that led McChrystal to reassess both Lee’s symbolism and his legacy. The two also discuss how the lessons of historical leaders such as Harriet Tubman, Margaret Thatcher and Walt Disney can help future leaders make better decisions. Watch online.

New York Times Magazine correspondent Nikole Hannah-Jones talks about the potential for integration to address the challenges of America’s inequitable education system. Hannah-Jones relays her own story of sending her daughter to a segregated school and how that offered a window into larger questions all parents face. She explains that public education in the U.S. was originally envisioned as a common good — something to help create a shared sense of citizenship — and that the modern landscape of inequitable education opportunities violates that ideal. She offers a road map of how communities can revive that noble notion and get America back to its original vision of educating all citizens. Watch online.

Former White House domestic policy advisor Cecilia Muñoz stops by to share her expertise on immigration. As Muñoz notes, the good news is “it’s not hard” to formulate the right immigration policy.” What’s hard, however, is the politics around creating a solution. The conversation steers toward how we got to this point and what it might take it to get us through it. Watch online.

Peter Bergen, a CNN national security analyst who is also a professor of practice at Arizona State University, shares what communities can do to help prevent domestic terrorism. Bergen explains that in the 17 years after Sept. 11, perhaps the largest terrorist threat comes from so-called lone-wolf terror attacks. He explains what some communities are doing to prevent them and which communities have had the most success. He talks through what community leaders can to do prevent attacks without disrupting social cohesion. Watch online.

Kenneth Shropshire, CEO of ASU’s Global Sport Institute, explores the role of sport in society, and how athletes, coaches and others in the sporting world are working to change their communities and the country. Shropshire, who has either been involved with or written about almost every major sports and society story of the past several decades, explains how involvement in sport for young women is a strong indicator of future leadership. Various changes have helped women build influence in sport, especially Title IX. They’ll also discuss the role that sport has played in addressing political and social change, from the Black Power salute at the 1968 Olympics to Colin Kaepernick’s protest of police violence. Watch online.

Innovating the Future host and New America CEO Anne-Marie Slaughter talks to ASU professor and former executive editor of the Washington Post Leonard Downie and author Amanda Ripley about the future of journalism and how it can help rebuild communities. Learn how some news organizations, by listening more and building stronger relationships with their audiences, are sparking civic engagement. Watch online.

Innovating the Future host and New America CEO Anne-Marie Slaughter talks to Nick Rasmussen, who is a senior director of the McCain Institute’s Counterterrorism Program at ASU and a former director of the U.S. National Counterterrorism Center. In their conversation, they talk about how the United States and local communities can fight terrorism while staying true to American ideals. Watch online.

Beatriz Rendon, the vice president of educational outreach at Arizona State University and CEO of the ASU Preparatory Academy discusses ways to ensure equitable access to great education for all Americans. She shares the innovations required to create a stronger connection between all stages of education for each child. Watch online.

New York Times Opinion Columnist David Brooks joins Anne-Marie Slaughter for a wide-ranging discussion. Brooks brings a set of stories to the show about how the real solutions to national problems are as likely to be solved in the local context, in ways that connect citizens to their government and provide smarter, more durable change. Watch online.

Host Anne-Marie Slaughter talks to Sethuraman Panchanathan, ASU’s chief research and innovation officer. The conversation offers a fascinating window into the future by focusing on how his research seeks to bring AI and technological innovation to people with physical disabilities. Watch online.

Mary Alice McCarthy, the director of New America’s Center for Education and Skills, stops by to talk about the future of apprenticeships. As McCarthy points out, there’s a strong need in the country to integrate post-secondary education and the skills needs in the marketplace, a problem that is typically best solved locally. Watch online.

Anne-Marie Slaughter talks with Peter Singer, a Senior Fellow at New America and a Professor of Practice and ASU’s Center for the Future of War. Singer talks about the changing nature of both warfare, which includes social media. This shift has brought toxicity to civic engagement. Watch online.

Anne-Marie Slaughter talks to CNN senior legal analyst Jeffrey Toobin about the Supreme Court. This lively conversation between two old friends sheds light on the history of the court and its role in politics, which has had some surprising turns that help provide critical context for current events. Watch online.

Jeff Goodell, a contributing editor at Rolling Stone and the author of “The Water Will Come,” discusses climate change and what cities and all of us can do to prepare for it. Watch online.

Anne-Marie Slaughter talks to Suki Kim, a contributing editor at the New Republic and the author of “Without You There is No Us: Undercover Among the Sons of North Korea’s Elite,” and Sue Mi Terry, a senior fellow and Korea chair at the Center for Strategic and International Studies. The three discuss the future of North Korea. Watch online.

Anne-Marie Slaughter talks to Ambassador Dennis Ross, who has held a number of top-level diplomatic roles in the U.S. government across several different administrations and who is currently a counselor and the William Davidson Distinguished Fellow at the Washington Institute. The topic: his idea for how to resolve the problems in the Middle East. Watch online.

Anne-Marie Slaughter talks to Sabeel Rahman, a former New America fellow and the president of Demos. Rahman is an expert on how the underlying economic structures, as guided by American lawmaking, have influenced American politics. Watch online.

Tyra Mariani, president and COO of New America discusses the new generation of leaders and leadership, and what young professionals can learn about how to lead teams and manage their careers. Watch online.