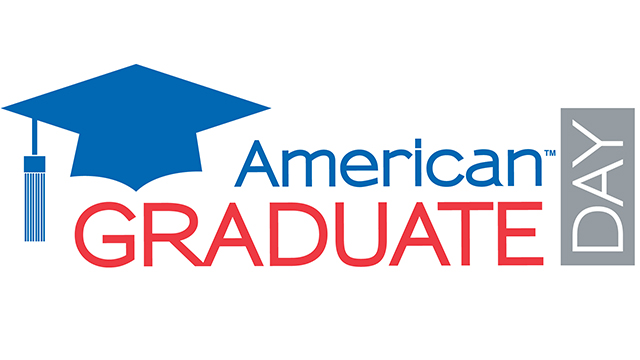 The fifth annual “American Graduate Day,” broadcasting live on Arizona PBS and streaming on Facebook Live and americangraduate.org, focuses on mentorship as a solution to one of the nation’s biggest education challenges.

Hosted by Soledad O’Brien, “American Graduate Day,” premiering Sept. 17 from 11 a.m. to 3 p.m., features leading education, media and celebrity figures highlighting the role of mentoring to help close the graduation gap, sharing inspirational stories from across the nation and encouraging others to connect with students as a mentor.

While the national high school graduation rate is at an all-time high, hitting more than 82 percent last year, Arizona has the seventh lowest graduation rate in the nation at 75.7 percent, where 39 percent of the student population is classified as low-income. Nationally, graduation rates for black and Latino students, students with special needs, English language learners, and low-income students are still lower than those of the overall student population, according to the latest Building a Grad Nation report.

A recent study commissioned by Mentor: The National Mentoring Partnership reported that mentoring has significant positive effects on two early warning indicators that a student may be falling off-track: absenteeism and behavior problems, suggesting that mentoring, along with other research-based interventions and reforms, is an effective tool in increasing graduation rates, especially among at-risk youth.

“We are proud partners of the ‘American Graduate’ initiative dedicated to increasing high school graduation rates through nationally recognized best practices aimed at reaching students who start to fall behind in school,” said Kim Flack, associate general manager of educational outreach at Arizona PBS. “Our goal is to help more Arizona students achieve high school diplomas and begin the pathway to higher education by raising community awareness of the current drop-out crisis, providing educational resources to students and educators, and reinforcing the significant impact personal mentors can have on students’ academic success.”

Celebrity guests and more than 25 nonprofit organizations from across the country are featured as partners for “American Graduate Day,” with guests including Gen. Colin Powell and his wife Alma Powell, Shaquille O’Neal and Rachel Platten, along with organizations including My Brother’s Keeper, the Sparkle Effect, Sesame Street and the Ad Council.

Lead partner, Mentor, will connect adults with students in need through their Mentoring Connector database which will be promoted on americangraduate.org, by partner organizations and on air. Those interested in becoming a mentor and connecting with local organizations and youth can explore Mentor’s Mentoring Connector database on www.americangraduate.org.

“Every student and child deserves a mentor who will fight for them every day to ensure they receive the education they deserve,” said Soledad O’Brien, award-winning journalist and host of “American Graduate Day.” “I’m proud to work with WNET to help highlight those individuals who are making a difference in their communities by helping students stay on track and graduate high school. [However,] we still need more mentors to help guarantee all students reach their full potential. Through ‘American Graduate Day,’ it’s our goal to spark a dialogue with public media – across all channels of storytelling – about the future of our youth and the critical role education plays.”

More than 25 national partner organizations are participating, including Big Brothers, Big Sisters, Boys and Girls Clubs of America, Girl Scouts of the USA, Junior Achievement, Reading is Fundamental, VH1 Save the Music Foundation and YMCA of the USA.
Arizona community partner organizations of “American Graduate Day” are listed below:

Everyone needs a personal estate plan. Let us help you get started today.

Nature “My Garden of a Thousand Bees”

Filmmaker Martin Dohrn set out to record all the bees he could find in his tiny urban garden in Bristol, England.

The series follows detective Julien Baptiste as he dives into Budapest’s corrupt underworld to find a British Ambassador’s family.