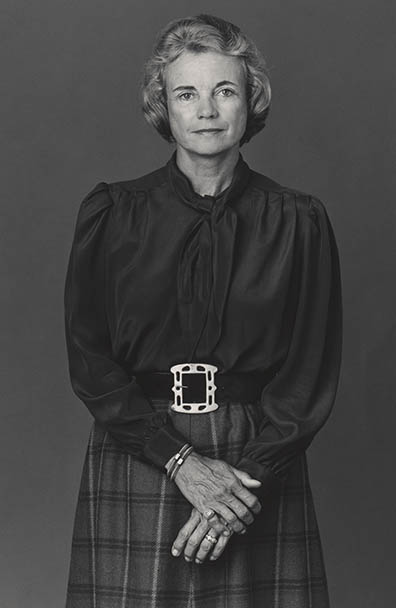 In addition, Arizona PBS will host a special virtual preview of the documentary for its members on Wednesday, Sept. 8 at 6:30 p.m., followed by a panel discussion led by Mi-Ai Parrish, managing director of ASU Media Enterprise and a member of the Sandra Day O’Connor Institute for American Democracy’s board of directors. Panelists Nicole Maroulakos Goodwin, managing shareholder of the Phoenix Office of Greenberg Traurig, and Leezie Kim, chief legal officer at Fox Restaurant Concepts, will discuss O’Connor’s legacy on the court and her influence in Arizona.

O’Connor was the first woman to be appointed to the U.S. Supreme Court after she was nominated by President Ronald Reagan in 1981. She spent 25 years on the court, emerging as one of the more moderate justices of the time.

O’Connor was born in El Paso, Texas, and was raised on a cattle ranch near Duncan, Arizona. She graduated at the top of her class from Stanford Law School but focused on volunteer work and public service after law firms refused to interview her because she was a woman.

This led to her rise through the ranks of the Arizona Republican party from precinct captain to Arizona’s assistant attorney general to the first female state Senate majority leader in the nation. O’Connor was a state Court of Appeals judge when she was appointed to the U.S. Supreme Court by Reagan, who had made a campaign promise to name a woman to the highest bench. At the time of her appointment, she had never heard a federal case, but was well-regarded and well-connected within the Republican party.

Her hearings before the Senate Judiciary Committee were the first of any Supreme Court nominee to be broadcast live on television, and tens of millions tuned in. O’Connor’s interrogators attempted, time and again over three days, to probe her about her views on the most controversial issues of the time. Her Senate confirmation was unanimous at 99 votes to 0, and she was officially sworn in on Sept. 25, 1981.

During her tenure, O’Connor was frequently viewed as a swing vote due to her moderate stance on various issues, as well as a judge who could negotiate with colleagues on both sides of the aisle. She served as the critical deciding vote on some of the most controversial issues of the 20th century, including those involving race, gender and reproductive rights. O’Connor was the deciding vote in Bush v. Gore in 2000, which gave the presidential election to George W. Bush.

O’Connor retired from the U.S. Supreme Court in 2006. This PBS biography, released on the 40th anniversary of her appointment to the highest court, recounts the life of a pioneering woman who both reflected and shaped an era.

To confirm your Arizona PBS membership and register for the virtual event, please contact Paulina Sanchez at [email protected].

Joe Papp, founder of Free Shakespeare in the Park, created a "theater of inclusion" based on the belief that great art is for everyone.