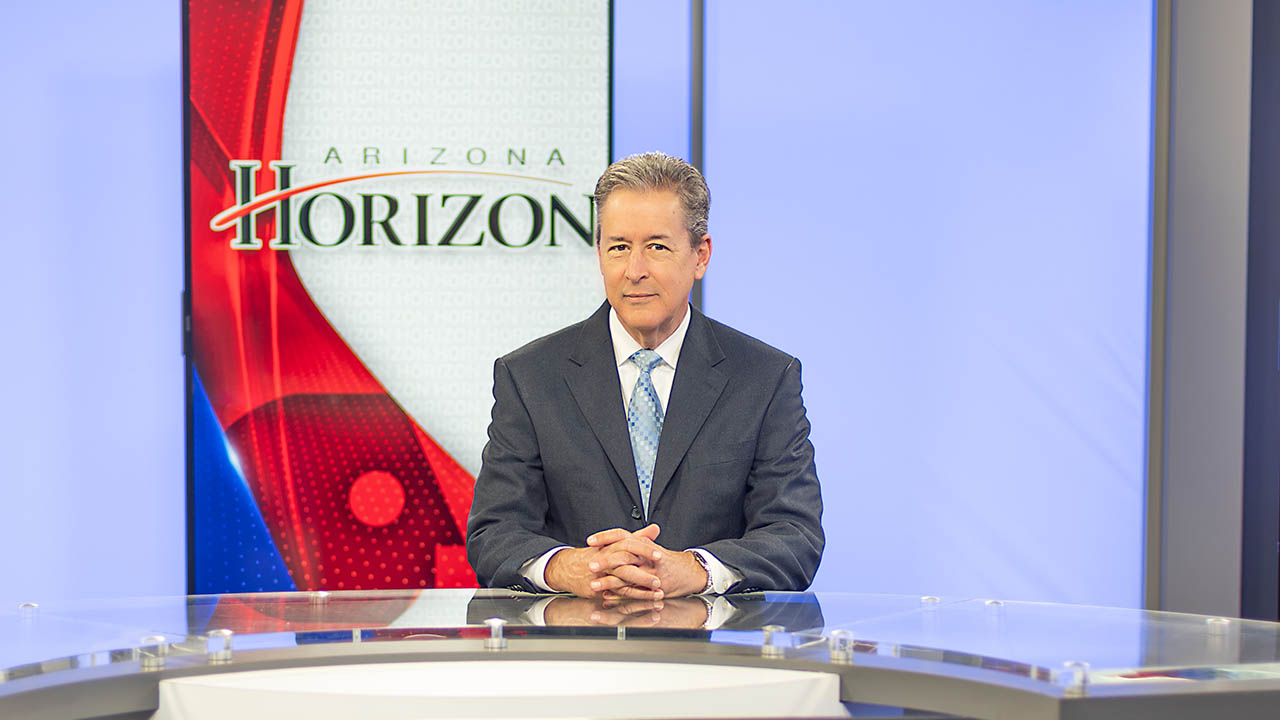 Simons, who has hosted the nightly public affairs program on Arizona PBS since 2007, was praised for his preparation and his ability to elevate the conversation while still being respectful towards his guests. The newspaper described him as “hard-hitting and gracious at the same time.”

“It’s always nice to be recognized, especially by those who understand and appreciate what we do at Arizona Horizon. Many thanks to the New Times,” Simons said.

Simons is well-known for his political coverage each election season. He has covered every state and national election since taking the helm of the show and has hosted numerous candidate debates for federal, state and county offices.

During the 2020 Senate Debate between Mark Kelly and Martha McSally on Arizona PBS, Simons and his co-moderators received praise for asking tough questions and pushing for answers while keeping the conversation civil between candidates.

Simons was specifically recognized for his work, receiving a shout-out on Twitter from well-known journalist Soledad O’Brien.

He has worked in the Phoenix area for more than 30 years.

Prior to joining Arizona PBS, he hosted the afternoon drive news/talk show on KTAR radio, worked as news director/morning show host for KZON-FM and news/sports anchor/reporter at KPHO-TV. Simons was also sports director/anchor at KOFY-TV in San Francisco.

Nature “My Garden of a Thousand Bees”

Filmmaker Martin Dohrn set out to record all the bees he could find in his tiny urban garden in Bristol, England.

Veterans reflect on and share their personal experiences in the military, from boot camp to service in war and peacetime to return to civilian life.

Explore how Keller used her celebrity and wit to advocate for social justice, particularly for women, workers, people with disabilities and people living in poverty.