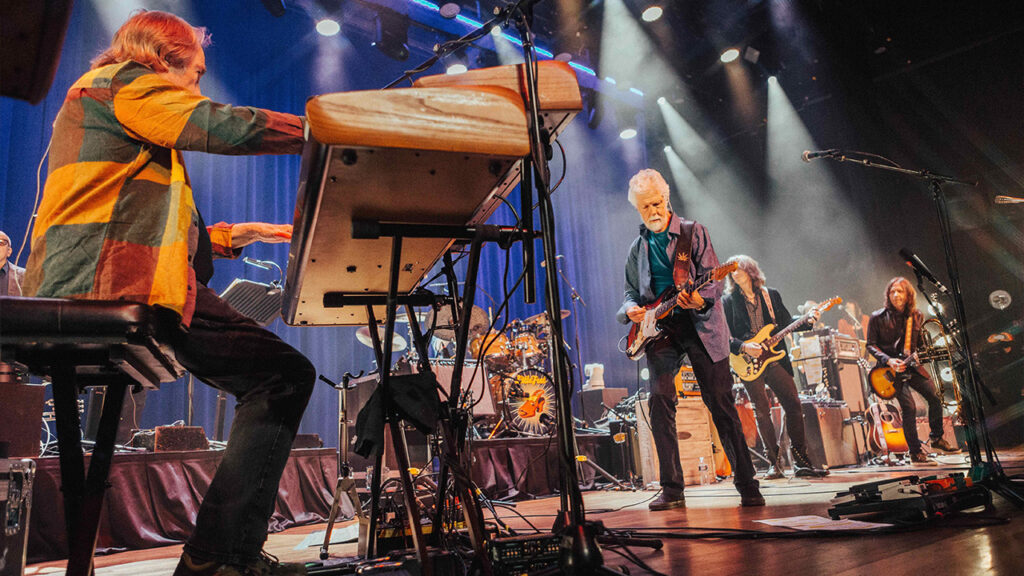 Little Feat Celebrating ‘Waiting for Columbus’ at the Ryman

After two years of COVID-enforced silence, Little Feat had big plans for their return to the stage. In March 2022, they embarked on a tour that celebrated the 45th anniversary of Waiting for Columbus, replicating the legendary live album at every stop. Joining the band are special guests Eric Church, Tommy Emmanuel, Jeff Hanna, John “JoJo” Hermann,  Jamey Johnson, Marcus King, Bettye LaVette and Charlie Starr.

In August 1977, the band captured sonic gold when they brought along a recording team to shows in London and Washington, D.C. Backed by the Tower of Power horn section, with whom they’d recorded Feats Don’t Fail Me Now, they romped through extended versions of a stellar song selection that included “Fat Man in the Bathtub,” “Spanish Moon,” “Dixie Chicken,” “Sailin’ Shoes,” “Feats Don’t Fail Me Now,” the iconic truck driver’s lament, “Willin’” and many more. Hearing it again is something every Feat Fan looks forward to. It’s time to lace up your dancing shoes.

Select this program when you support Arizona PBS to get the Little Feat baseball cap and the CD/DVD set.