Join us Tuesdays at 7 p.m. to explore art and the human experience around the globe.

Inspired by “Civilisation,” Kenneth Clark’s acclaimed landmark 1969 series about Western art, this bold new series broadens the canvas to reveal the role art and the creative imagination have played across multiple cultures and civilizations, introducing a new generation to works of beauty, ingenuity and illumination created across continents. From the landscape scrolls of classical China and the sculpture of the Olmecs to African bronzes, Japanese prints and French Impressionist paintings, “Civilizations” explores the wealth of treasures created through the entirety of the human experience.

In nine episodes, “Civilizations” travels across the globe, visiting such cultural landmarks as the great mosques of Istanbul, the ancient cities of Mesoamerica, the Buddhist caves of Ajanta in India, the Aztecs’ Templo Mayor in modern Mexico City and the funeral site of China’s first emperor. “Civilizations” explores a sweeping range of topics, including the earliest human cultural artifacts and the representation of the body in art, what happens when different civilizations encounter each other, and the nature of “renaissances” around the world. Underlying the series is an exploration of the premise that it is through the creative imagination that humanity expresses its most essential self and looks for the fundamental meaning of life. Artists such as Kehinde Wiley, Michal Rovner and Anselm Kiefer, Kara Walker, Richard Misrach, Antony Gormley, Bill Viola, Kira Perov, Cai Guo-Qiang and Damien Hirst add additional commentary and context to this creative exploration.

“‘Civilizations’ is an awe-inspiring, gorgeously conceived examination of how humans are intimately connected through time, space and culture by a deep, instinctual drive to create,” said Bill Gardner, Vice President, Programming and Development, PBS. “In a time when we often seem distant from each other, the series is an inspiring reminder that we share deeper emotional, cultural and spiritual bonds than we often realize.”

Using the latest film technology, “Civilizations” is filmed on six continents: Africa, Asia, Australasia (Australia, New Zealand, and neighboring islands in the South Pacific Ocean), Europe, and North and South America. State-of-the-art drone and camera movement technology, as well as macro-photography, allow viewers to immerse themselves in the extraordinary locations and see the world’s treasures in new ways, bringing remote objects up close in order to celebrate detail, craftsmanship and artistry as never before.

From the stained glass windows of Chartres cathedral to Matisse’s cardboard cut-outs, from the great dome of the Suleymaniye mosque to the paintings of the Dutch Golden Age, from Hokusai’s Wave to Monet’s Rouen cathedral series, “Civilizations” goes inside some of the world’s greatest museums, historic locations, cathedrals and mosques to provide viewers special access to priceless works of art and architecture.

“The Second Moment of Creation” – Seventy thousand years ago, the first known examples of humans expressing themselves creatively were simple, abstract etchings. Over tens of thousands of years, this impulse evolved into painted and sculpted depictions of the animal world… and eventually of the human form itself. Watch via Passport.

“How Do We Look?” – From the Terracotta Army of China to the Colossi of Ramses II in Egypt, the human form has been a dominant subject for artists throughout history. Each civilization and era, however, sees the meaning of this art differently. Watch via Passport.

“God and Art” – Spiritual devotion has inspired some of the most spectacular works of art the world has ever seen, raising challenging questions about the relationship between humans, the divine and the act of creating. Watch via Passport.

“Encounters” – As the technological advances of the late 15th century sent human beings around the planet further and faster than ever before, distant and disparate cultures began to meet for the first time. As a result, art became the great interface by which civilizations judged and understood each other, and continues to be a potent force in shaping our increasingly globalized world. Watch via Passport.

“Renaissances” – The burst of artistic advancement known as the Renaissance in the 15th and 16th centuries was not confined to Italy and Europe; at this same time, the Islamic Empires were experiencing their own explosion of creativity, with artists in the east and west competing with and influencing each other. Watch via Passport.

“Paradise on Earth” – Explore one of humanity’s deepest artistic urges: the depiction of nature. But landscape painting is seldom a straightforward portrayal of observed nature; it’s a projection of dreams, idylls, escapes and refuges — the elusive paradise on earth. Watch online.

“Color and Light” – Explore the story of light and color in art — both in the search for greater realism and spiritual ecstasy. Journey from Gothic cathedrals and Indian courtly painting to modern art. Watch online.

“The Cult of Progress” – Examine the rise and fall of “progress” as an ideology, and see how the “civilizing” project that arose from Enlightenment ideas was fraught with contradictions that troubled European artists in different ways. Watch online.

“What Is Art Good For?” – Explore art in the age of revolution, war and profound scientific change and consider the question: Should art create a separate realm, a place of escape, or should it plunge into the chaos, transforming the way we see and live in the world? Watch online.

Learn more about the Stonewall riots with 'American Experience' 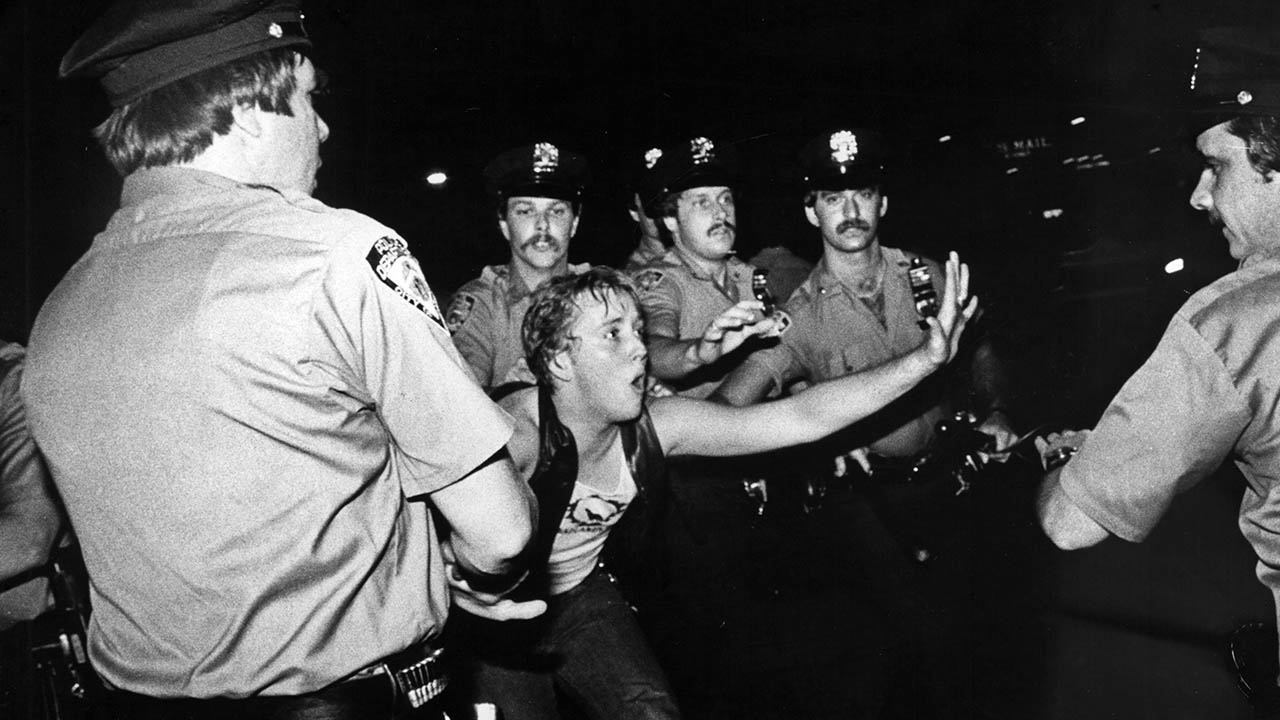 Explore what happened when police raided the Stonewall Inn, a gay bar in New York City on June 28, 1969. The streets erupted into violent protests that lasted for six days and marked a major turning point in the modern gay civil rights movement.