In the modern media landscape, we encounter more information from more sources than ever before — every day. Knowing what information is trustworthy can be a constant struggle.

“It’s a confusing time to be an information consumer,” said media scholar and educator Kristy Roschke, who has a doctorate in philosophy, journalism and mass communication. “Most of us spend a lot of time online, especially right now, and there’s just too much information for us to wade through. It’s difficult to know what to pay attention to and how to decide.” 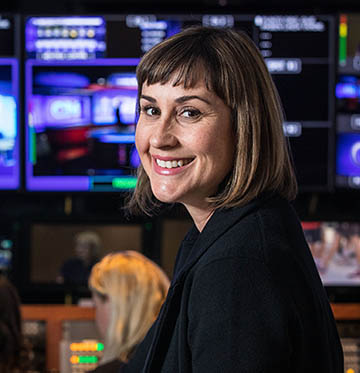 Roschke is managing director of the Cronkite School’s News Co/Lab, which works to strengthen public understanding and engagement with media through journalism, education and technology.

In academic circles, the subject is referred to as media literacy. “Media literacy is an established field of study and practice, but I wish we had a different expression for it,” said Dan Gillmor, the Cronkite School professor who co-founded the News Co/Lab. “Telling people they’re illiterate is not nice.” The team wants to lead a welcoming conversation, because misinformation is rampant.

Gillmor said it was also clear that their efforts needed to be scaled to reach as wide an audience as possible.

To that end, Gillmor, Roschke and their colleagues are launching “Mediactive: How to participate in our digital world,” a self-paced, online mini-course that will be free to the public. The course includes tips for spotting misinformation, finding trustworthy sources and best practices for sharing and commenting on news and information, among other topics. It’s a MOOC, or massive online open course, meaning that there is no cap on the number of learners who can participate.

The Mediactive team is providing two options for taking the course: beginning Sept. 14, a cohort of instructors and participants will take three weeks to go through the course together. Learners will complete readings, watch videos and participate in a discussion board on their own schedule, and come together twice a week via Zoom for interviews with experts and Q&A sessions. Registration is open at mediactive.newscollab.org/how-to-enroll.

The course will also be available online indefinitely for the public to access at any time, at their own pace. Each of the course’s three modules can take 1 – 3 hours to complete, Roschke said. “You could get the course completed in an evening, if you wanted to.”

Another component of the Mediactive project is a 30-minute program, “Break! (In Case of Emergency),” which will air on Arizona PBS this fall. Scheduled to premiere Thursday, Oct. 1 at 7:30 p.m., the program will discuss many of the same points, and will include interviews with media literacy experts, psychologists and scholars of journalism. 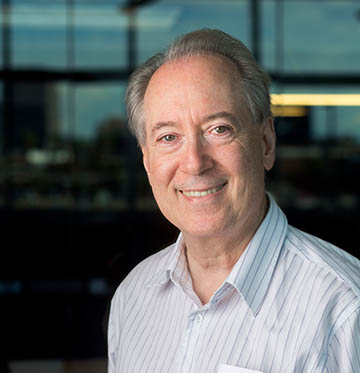 Both the course and the program are made possible through funding from the Facebook Journalism Project — part of a collaboration between the Cronkite School and Facebook that goes back to 2017.

“After the 2016 election, it was clear we had not just a problem, but an emergency,” said Gillmor. “We had a meeting at the Cronkite School, sponsored by the school and Facebook, on news literacy. That led to Eric Newton, who was then the school’s head of innovation, and I putting together the News Co/Lab.”

Facebook was one of News Co/Lab’s initial funders. For the course, “they’ve given us this generous donation and allowed us to do what we’re doing, but they’re very hands-off in terms of the content,” said Roschke. “They’ve not had any editorial input.”

Between the ongoing pandemic and the upcoming election — two ongoing stories that are generating huge amounts of conflicting information — the team felt that the need for resources like Mediactive is greater than ever.

Roschke said they expect a lot of misinformation to circulate both before and after the November election. 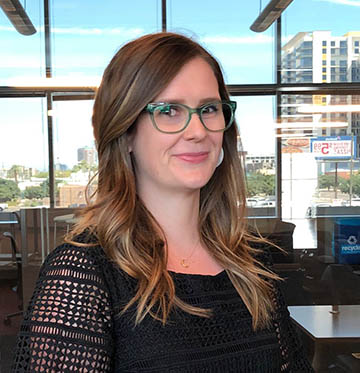 Still, the team emphasized that this is not a political class. “Our goal is not to have heated political discussions,” said News Co/Lab editor Celeste Sepessy. “We talk about how to be civically engaged and some about voting, but a person with any political leaning could come into this course and learn something.

“If you think about it,” Sepessy added, “all of us have shared something that wasn’t real — whether it was political, or a silly meme or an image that was in the wrong context. That’s what we’re trying to get at. It doesn’t have to be political or partisan. It’s hard to be a person online right now! That’s what it comes down to.”

Roschke said that in addition to learning how to determine a source’s credibility and accuracy, the course is also intended to help people recognize what they can do to share and create content ethically and responsibly. “They’re part and parcel of the same thing,” she said. “Even though there’s so much we can’t control, we can actually control how we react to and contribute to the media environment.

“I see this as something that anyone can find useful,” Roschke said. “You don’t have to be a big news junkie or a big social media user. There really is something for everyone.”

This story was originally published in the Fall 2020 issue of Arizona PBS magazine.

Join the ultimate heavy metal band as they combine forces with a nearly 80-member orchestra to perform Metallica fan favorites.

Planets orbit faraway stars - could some of those planets have the right recipe for supporting life? Plus, we'll look for water on the moon: what is the mission to find that water, and why it matters for getting us to Mars and beyond.