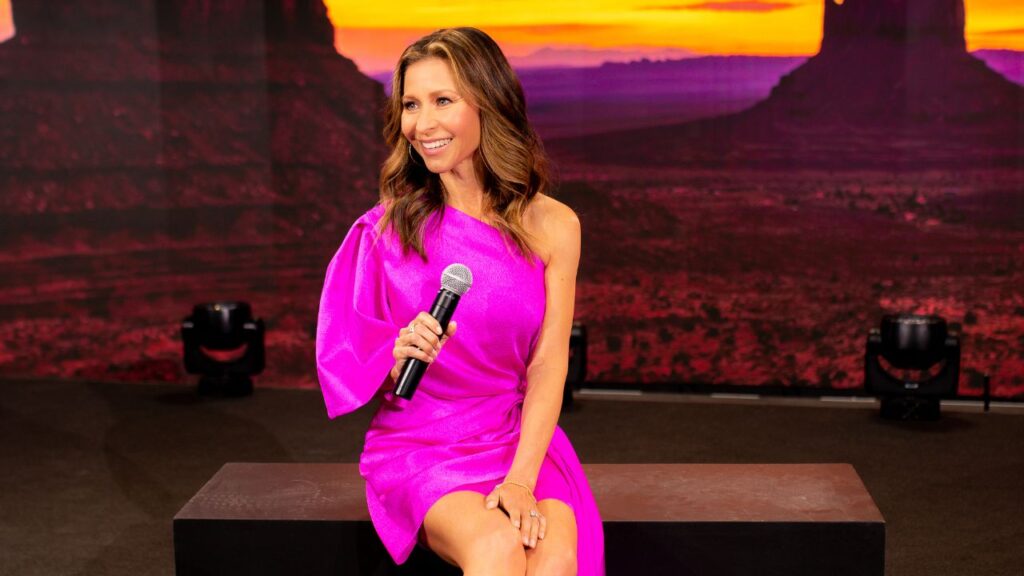 Horizonte, Arizona PBS’ look at current events through a Hispanic lens, is back, with new voices, new perspectives and new energy. Catherine Anaya is one of our hosts this season, and we’re thrilled to have her on the team. Watch on Arizona PBS at 5:45 p.m. on Saturdays, at azpbs.org/horizonte or on the PBS Video app.

Who is Catherine Anaya? Tell us briefly about your background

I am a long time former TV journalist. I spent 25 years as a television news anchor/reporter. I started anchoring news in Texas, then Indiana, Phoenix and Los Angeles. I stepped down from my role as a news anchor 7 years ago so that I could spend more time with my children and my family after the unexpected death of my ex husband. That time was all about making my family a priority. But it didn’t mean I would stop working and I’m proud of my ability to pivot and find or create opportunities that allow me to continue doing what I love.

I always wanted to keep my foot in broadcasting and I have been able to do that. It is really exciting for me to come back on Television here at Arizona PBS and be one of the hosts of “Horizonte.” I love talking to people and of course I love helping to present and engage with conversations that entail what’s happening in our community as it changes and progresses.

What has been your proudest professional achievement?

Well I’ve had a couple, lucky for me. I have 3 Emmy Awards which I’m very proud of and I have been nominated for 11. In 2017 I was inducted into the National Academy of Television Arts and Sciences nationally recognized Silver Circle for more than 25 years of broadcast excellence and contribution to the community. I’m very proud of that because it’s a reminder that I set a goal many years ago, that this is what I wanted to do as a career and I not only achieved it but according to some excelled in it.

I’m also proud of being able to interview President Obama when he was in the White House. And not just as he may have been passing through but to actually be in the White House interviewing him was certainly a very big accomplishment for me. Also co-hosting post presidential debate with the legendary Walter Cronkite who the journalism school here at ASU is named after, that was a dream come true and something I never would have expected. I’m very proud of a lot of the things I’ve done in life but those are certainly the highlights .

Do you have any role models or mentors in the journalism field or in general that you look up to?

I have to give a shout-out to four women in particular. Ann Martin and Linda ALvarez, who were news anchors in Los Angeles for a very long time. I had the opportunity to co-host with both of them. Linda Alvarez inspired me to become a journalist. When I was growing up I remember turning on the TV and looking at Linda, she was Latina like me,  and it was one of the first times that I remember thinking I could do that because she was doing that.

Also I remember watching Elizabeth Vargas when I first started getting into the business. She was National and she was always so graceful, poised and prepared, such a solid journalist. She was somebody that I looked up to. Finally, Katie Couric, she had a quick wit about her but she was also very self-deprecating, which I think is really important when you’re trying to connect with viewers.

What do you hope for the next generation of young people entering the journalism field? What are your hopes for them? What would you like that space to be like?

I hope there continues to be more diversity, both in front of the camera and behind because obviously that influences not only what we cover but how we cover it, and I hope to see a lot of young journalists continue to love their profession and become the best at it.

The journalism profession obviously has been viewed upon differently in the last couple of years, for better or worse and I think that we are being scrutinized now more than ever, so it’s important for us to continue to just be steadfast in presenting information and news to allow people to make judgments for themselves.

Tell us a little about the topics that will be covered in Horizonte? What can the audience expect?

We are going to delve into issues that are affecting not just the Latino community but the community-at-large. We are going to have conversations with leaders that will help us to educate and continue to explain the progress that is happening in our community on all different levels.

What do you hope viewers will take away from Horizonte?