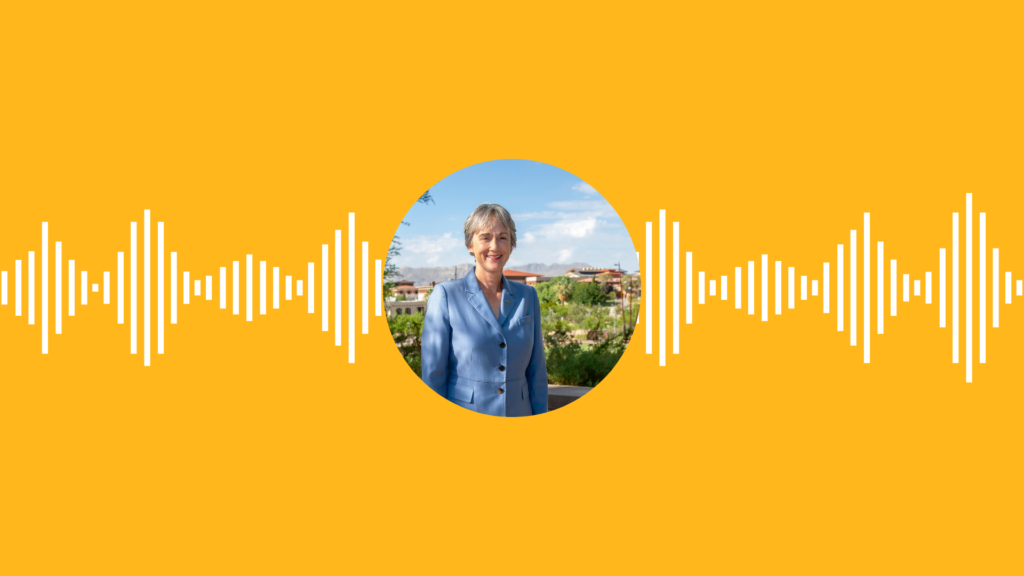 In this week’s episode, Josh and Henry spoke with the President of the University of Texas-El Paso, Heather Wilson. Wilson has a distinguished life in public service which includes being the former Secretary of the Air Force.

Wilson’s story begins with her life as a member of a “flying family”.

“In the 1950’s when a lot of women didn’t even drive, (my dad) taught my mom how to fly and so they rebuilt one airplane together, and my dad built an experimental open-cockpit biplane inside our little 1600 square foot house. So, I really did grow up around aviation.”

Wilson also goes on to detail how she found herself running for elected office.

As a member of Congress, she served New Mexico’s 1st District from 1998 to 2009. Wilson became the first female military veteran elected to a full term in Congress. She was asked what it was like to serve in a district that was known to swing between red and blue.

“I think America has become more polarized,” she said in reference to her time since leaving Congress. “It’s a question of what’s the cause and what’s the effect. But certainly, there are fewer and fewer districts that are true swing districts, and even when I was there, for most members of Congress, it’s a tenured professorship.”

President Heather Wilson also spoke about her views on higher education, including how her University works to stand out.

“I think one of the great tragedies in American higher education, in the last 30 years, has been rankings like US News and World Report, that say if we build an ivory tower on top of a pedestal and put a fence around it, we must be great. That to me is a tragedy.”

Wilson says when it comes to UTEP, she hopes they will be judged on the success of their graduates.

To hear more about President Wilson’s life in public service, and her plans for the future, be sure to listen to this week’s episode of Keeping it Civil.