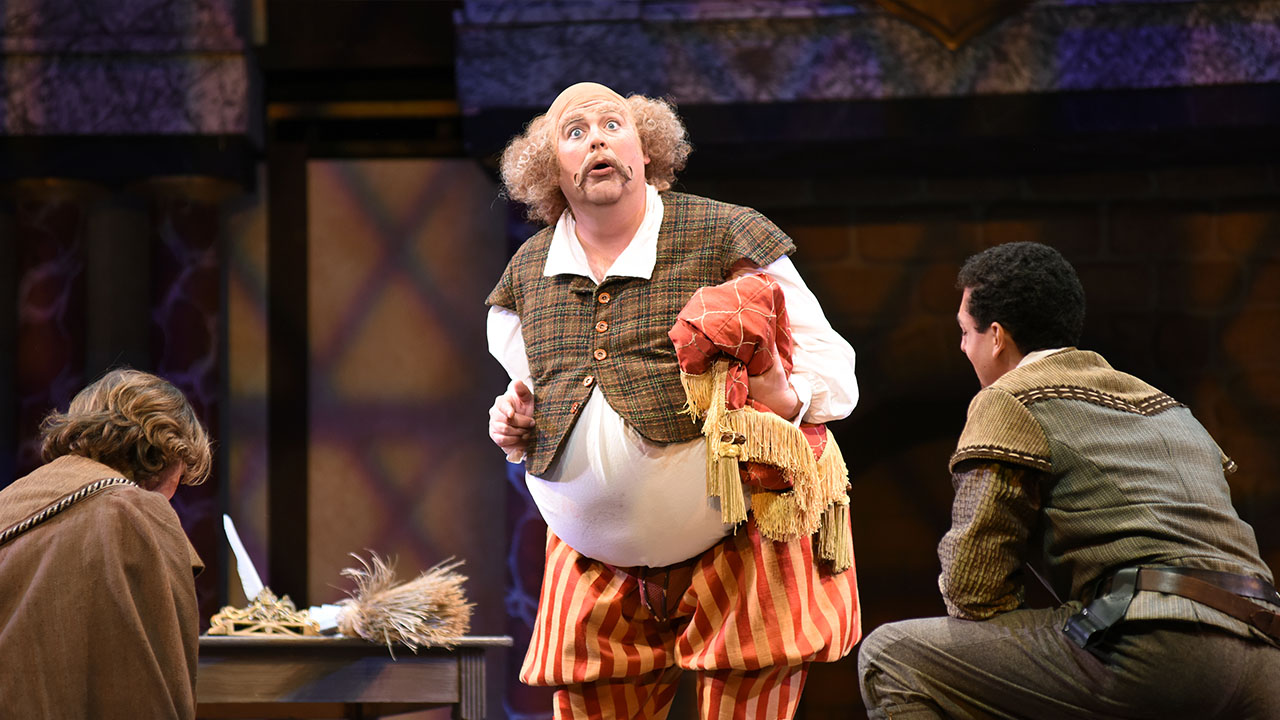 Arizona Opera has collaborated with Classical Arizona PBS to bring to the airwaves three remarkable performances from their 45th Anniversary Season.

Arizona Opera will be featured in a three-part series broadcasting statewide. “The 45th Anniversary Sapphire Gala Concert” will kick off the broadcast series on Sunday, May 13. The series will also highlight the operas “Falstaff” on Sunday, May 20, and “Riders of the Purple Sage” on Sunday, May 27. In the Phoenix area, the Arizona Opera series can be heard at 6 p.m. on 89.5 KBAQ-FM and DTV 8.5 Classical Arizona PBS. In the Flagstaff area, broadcasts will be on KNAU-FM, Arizona Public Radio via its Classical Music Network, starting at noon on the same days. Times may vary for other classical stations throughout the state. 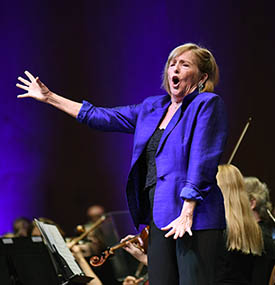 Arizona Opera’s 2016/17 season marked its 45th anniversary with classics along with the first fully commissioned world premiere. The season opened with “The 45th Anniversary Sapphire Gala Concert” and will be the first performance in the radio broadcast series. Featuring a full orchestra, chorus and soloists, the cast is joined by international superstar Frederica von Stade performing in this star-studded, sparkling celebration. The program highlights opera’s “greatest hits” including selections from Bernstein’s “Candide” and Mozart’s “Marriage of Figaro” and “Don Giovanni,” just to name a few.

Performed during Arizona Opera’s 2015/16 Season and never before seen on its stage, Verdi’s “Falstaff” will be the second broadcast in the series. In this opera, the irascible, randy and boastful John Falstaff concocts a scheme to seduce the wealthy wives of Windsor and nab their riches. His plot quickly unravels in a series of elaborate pranks as the clever women enlist everyone to outwit the old rascal. Based on the Shakespearean character, “Falstaff” was Verdi’s final opera, and some consider it his finest. Described by Opera News as “a strong, rangy bass-baritone,” Craig Colclough returns to Arizona Opera in the title role of this comic masterpiece.

Broadcast internationally during the fall of 2017 after its debut on stage the previous spring, the long-awaited world premiere of Craig Bohmler’s adaptation of Zane Grey’s novel, “Riders of the Purple Sage” will round out the broadcast series. Praised by Broadway World as “monumental and well-crafted… Craig Bohmler’s ‘Riders of the Purple Sage’ can now lay claim to a rightful place in the canon of works about the American West,” this production is sure to leave you wanting more.

Arizona Opera, originally the Tucson Opera Company, was founded in 1971 by a dedicated group of opera enthusiasts. Its inaugural season featured two performances of Rossini’s “The Barber of Seville” in Tucson. By the 1976–1977 season, Arizona Opera was performing complete seasons in both Tucson and Phoenix. Since its inaugural year, Arizona Opera has produced more than 175 fully-staged operas and concerts. The company’s artistic history is rich with a blend of opera’s traditional repertoire featuring baroque, bel canto and verismo works, turn-of-the-century masterpieces, operettas and American operas. Arizona Opera has also presented Wagner’s complete Ring Cycle twice, a feat that has only been accomplished in North America by four other companies. More information is available at azopera.org.

Classical Arizona PBS is an award-winning producer of broadcast productions highlighting performances throughout Arizona. With more than 70 productions annually, classical music enthusiasts will be sure to enjoy a wide variety of chamber, orchestra, band, choral and opera programs. Our programs highlight some of Arizona’s finest arts organizations. Many programs can be heard anytime via the Classical Arizona PBS mobile app (available for both Apple and Android). More information is available at azpbs.org/classical.

DTV 8.5 Classical Arizona PBS, a real-time televised re-broadcast of 89.5 FM, can be heard or viewed throughout Arizona and features award-winning images from CaptureMyArizona.com. DTV 8.5 is now broadcasting in surround sound. Programs produced by Arizona PBS, including the Phoenix Symphony, Arizona Encore!, and ASU in Concert have been recorded in discrete high-definition surround sound and will be broadcast as such. Other programs from 89.5 KBAQ-FM will be converted to surround when suitable.

KBAQ-FM is a listener-supported public radio station licensed to Arizona State University and the Maricopa Community College District as a community service of Rio Salado College’s Division of Public Service. KBAQ is the Valley’s classical music station dedicated to sharing information about arts and cultural events. It is available 24 hours a day on 89.5 FM and HD, and online via streaming audio on kbaq.org.

KNAU (88.7 FM) is a radio station broadcasting classical music and news/talk and information format, respectively. A public service of Northern Arizona University, KNAU Arizona Public Radio and its sisters stations serve the northern Arizona area. With over 100 hours of classical music every week on its classical network, programming can be heard in Flagstaff, Prescott, Show-Low, Payson and Kingman, as well as on knau.org. 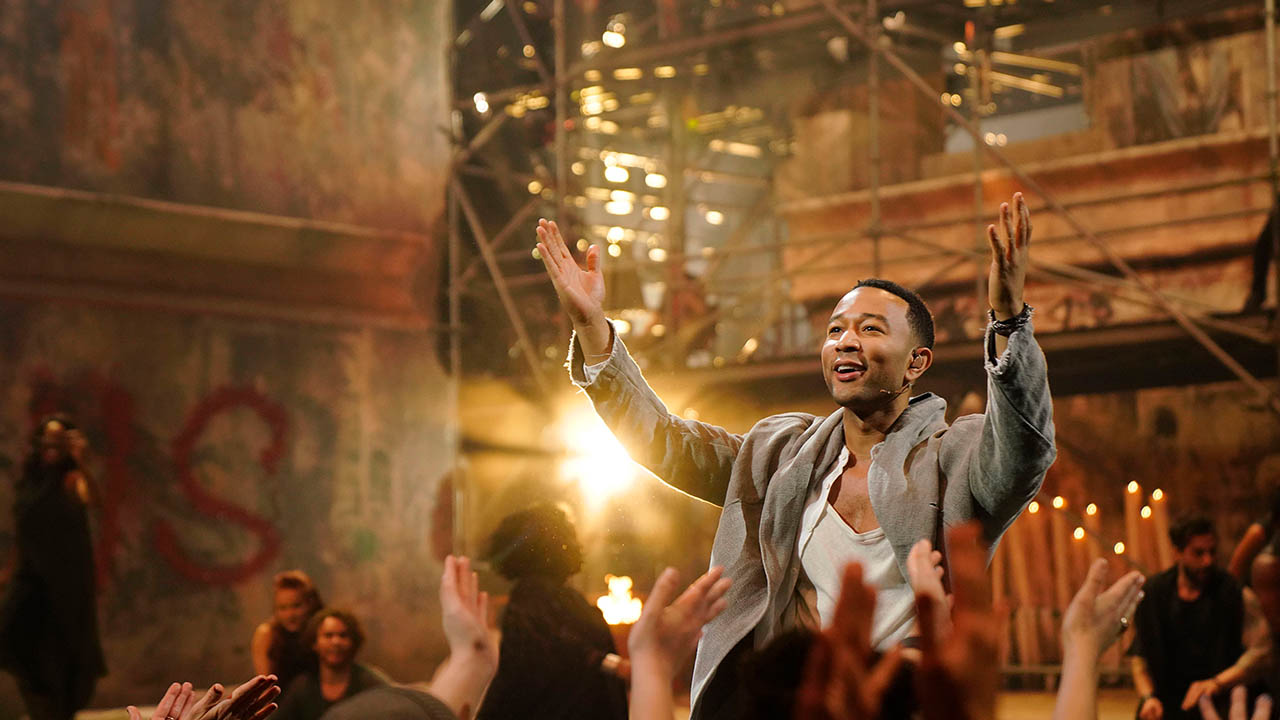