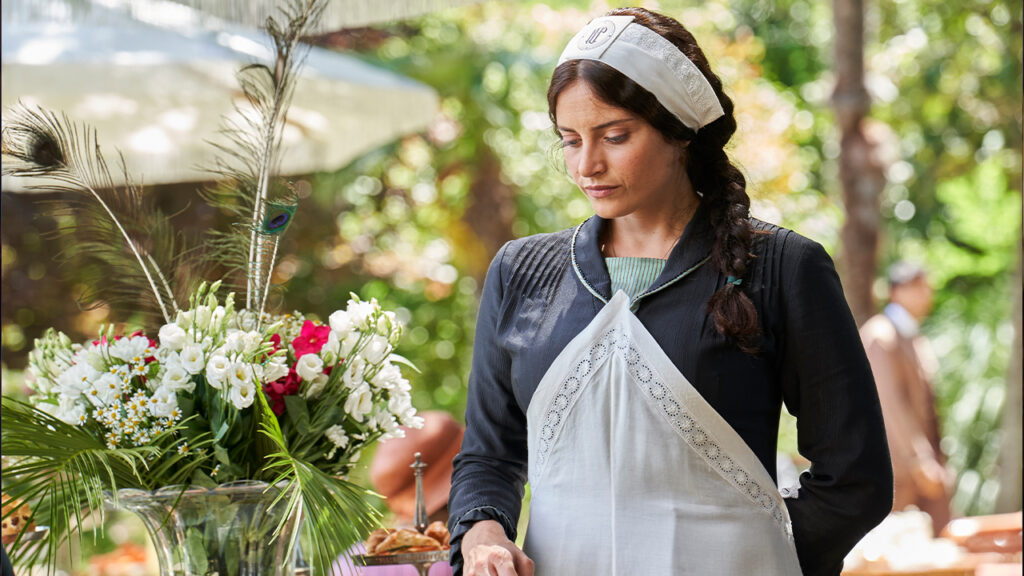 Hotel Portofino tells the story of the Ainsworth family, who have relocated from Britain to open an upscale hotel on the Italian coastline. Set in the breathtakingly beautiful resort town of Portofino, this new period drama is about personal awakening at a time of global upheaval in the traumatic aftermath of World War I and the liberating influence of Italy’s enchanting culture, climate and cuisine on elite British travelers. As distinguished guests like the imperious Lady Latchmere check into the hotel, matriarch Bella Ainsworth tries to keep up with their constant demands. McElhone and Mark Umbers star as the British expat hoteliers Bella and Cecil Ainsworth.

In episode 4, “Uncoverings”, Nish has an epiphany as he and Lucian escape arrest at Danioni’s behest. Constance catches Lucian’s eye on a boat trip but sees more than she bargained for in return. Bella stands up to Danioni, who hands over a compromising letter to her husband.

Watch extras and stream the series anytime on the PBS Video app or on PBS.org.