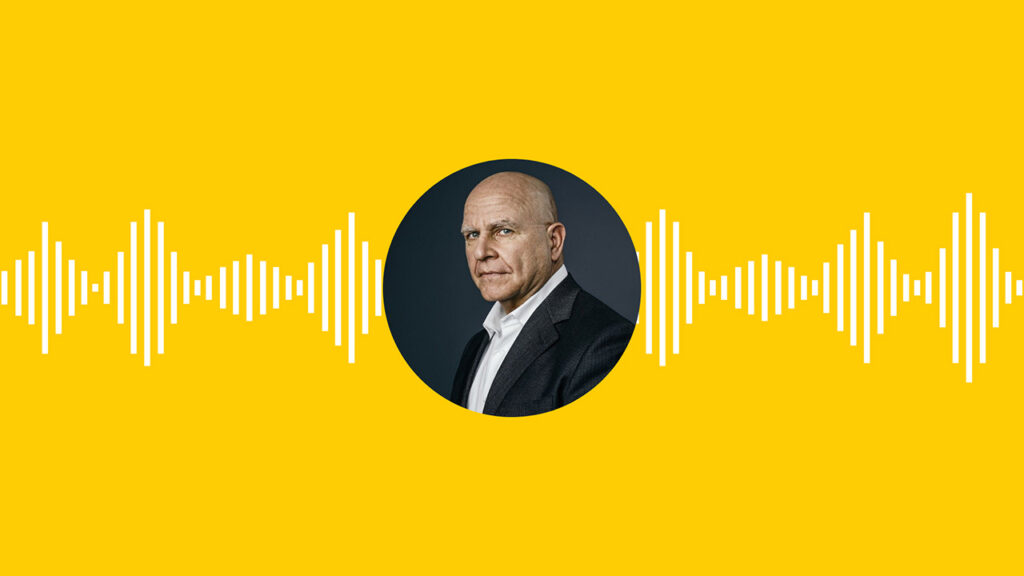 Hosts Josh Sellers and Henry Thomson dove into these same topics with McMaster, as well as discussing his new book, “Battlegrounds.”

McMaster is an outspoken critic of U.S. national security strategy, particularly in regards to Vietnam and Afghanistan, but McMaster actually started out as a historian while studying at West Point, and is a big believer in historical inquiry.

“While learning about it, I had not really formed opinions yet, I was more prone to ask more specific questions … as opposed to broader, sweeping questions about the nature of U.S. foreign policy across multiple centuries,” McMaster said.

As a student, history was his favorite subject, and as a historian, he leaned on his knowledge to give the best military advice during his service. His critiques on current policy are heavily influenced by the recent past. McMaster transitions into his study of the Vietnam War, which was the most proximate and searing experience in U.S. history while he was in school.

“Nobody really talked about it,” McMaster said. “Our professors didn’t want to talk about the frustrations associated with the lost war in Vietnam.”

McMaster spent his time in grad school researching how and why Vietnam became an American war – focusing on the nexus of strategy, policy, and military advice and decision making at the highest level of the U.S. government.

McMaster said he couldn’t really evaluate the war without the context of the decisions made by Johnson’s advisor on a broader plane, leading him to make different conclusions about U.S. national security strategy compared to other U.S. generals.

“As a military officer, you recognize that it’s your responsibility to lead soldiers in combat,” McMaster said. “But also, to give the best military advice.”