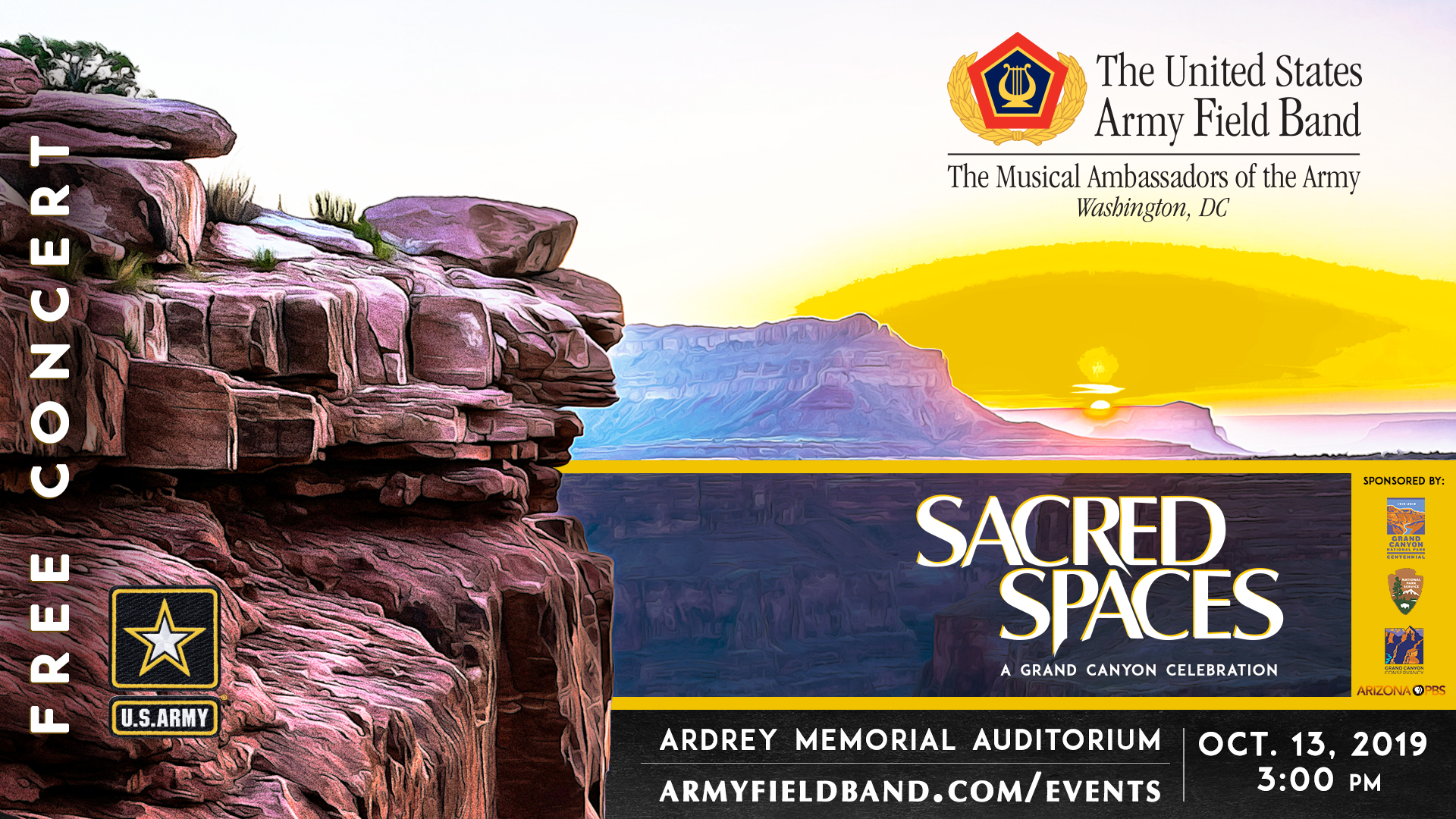 The 90-minute concert begins at 3:00 p.m. and is free and open to the public. Tickets are available at the NAU auditorium’s website.

A partnership with Arizona PBS, the National Park Service, and the Grand Canyon Conservancy, the performance by the “Musical Ambassadors of the Army” tells the story of one of America’s favorite national parks.

The Army has always had a deep connection to the Grand Canyon — from the first expedition to explore its wild territory, to its protection and development. The Army Field Band tells the story of the Grand Canyon in sound and immersive video, giving audiences a unique perspective into one of America’s singular national treasures.

“Sacred Spaces” features music that takes audiences soaring over the rim of the canyon, following the rocky path of the Colorado River and gazing up at the star-filled night sky. Hear stories of how the Grand Canyon has inspired awe and provided healing, from park rangers who steward the park today to the Native American communities who have remained spiritually connected to this sacred place over thousands of years.

About The U.S. Army Field Band

The U.S. Army Field Band tours nationally and internationally as directed by the Department of the Army, and serves as the liaison between the Army and the American people. The Army Field Band consists of four performing components and a far-reaching educational program. Each concert tour is sponsored by a local organization with the mission of supporting local community events such as centennial celebrations, festivals, and city and state commemorations. To host a concert or for more information, visit www.ArmyFieldBand.com.

Grand Canyon Conservancy is the official nonprofit partner of Grand Canyon National Park, raising private funds, operating retail shops within the park, and providing premier guided educational programs about the natural and cultural history of the region. Our supporters fund projects including trails and historic building preservation, educational programs for the public, and the protection of wildlife and their natural habitat. Grand Canyon Conservancy inspires people to protect and enhance Grand Canyon National Park for present and future generations. For more information, visit grandcanyon.org.

Arizona PBS is one of the nation’s leading public media organizations, with four broadcast channels and a growing array of digital platforms. A trusted community resource for more than five decades, Arizona PBS fosters lifelong learning through quality programming, in-depth news coverage and critical educational outreach services. It is one of the country’s largest public television stations, reaching 80 percent of Arizona homes and 1.9 million households each week through four channels. Arizona PBS has been part of ASU since the station launched in 1961. Part of Arizona PBS, Classical Arizona PBS is an award-winning producer of broadcast productions highlighting classical music performances recorded at venues throughout Arizona.