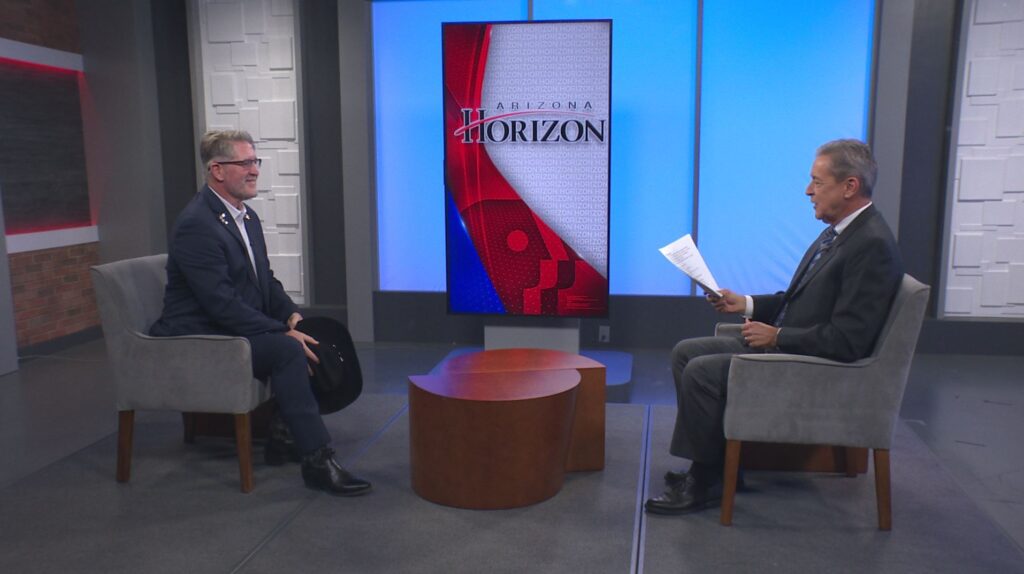 Congressional District 3 candidate Jeff Zink is hoping to defeat Gallego and serve for the first time in public office.

He is a one-time church deacon. One of his campaign issues, as listed on his campaign website, is immigration, where he states his opposition of the “radical left’s embrace of illegal immigration” and his support for securing the border and better enforcement of existing immigration laws. Zink spoke at a local “Justice for Jan. 6th” rally in honor of those imprisoned and injured during the Jan. 6, 2021, U.S. Capitol riot. Zink was in attendance during the Jan. 6th event but told The Arizona Republic that he did not enter the building.

“First and foremost, what I want to do is to stop government spending. Inflation is the direct result of overspending and overprinting money for America. We need to stop that,” Zink said.

Zink wants to turn on gas lines and begin drilling once again.

“Biden has actually stopped all of the drilling, You can’t drill in areas without the government’s permission. So he in essence is the problem,” Zink said.

Zink argues that the government should not have closed our business, churches and nation during COVID. He thinks if printing money for COVID relief funding helped spike inflation, it was the wrong thing to do. To combat this, he wants to start providing real jobs with benefits.

“All of the families that I talked with, they want the borders shut down. They want them closed,” Zink said.

This means that he would like to have a wall up that prevents people from coming into Arizona.

Zink would like to put citizens back to work after COVID and entice them with benefits and good paying jobs. Many people would not want to work if they can make more staying at home, according to Zink. He wants to change this and create jobs that make people want to work again.

“Let’s keep the federal government completely out of healthcare. They’re not doctors. They’re not somebody there. That should be between the patient and the doctor. Somebody like myself who’s been on medicine for well over 35 years. It’s important that we sit down and we listen to the patient. It’s their choice, it’s what they do,” Zink said.

What do the Recent Election Results Mean?